Florida nets $17B as wealth relocate from high-tax states: Report

The state and local tax (SALT) deduction is causing more Americans to move from high tax states to states with no income tax. 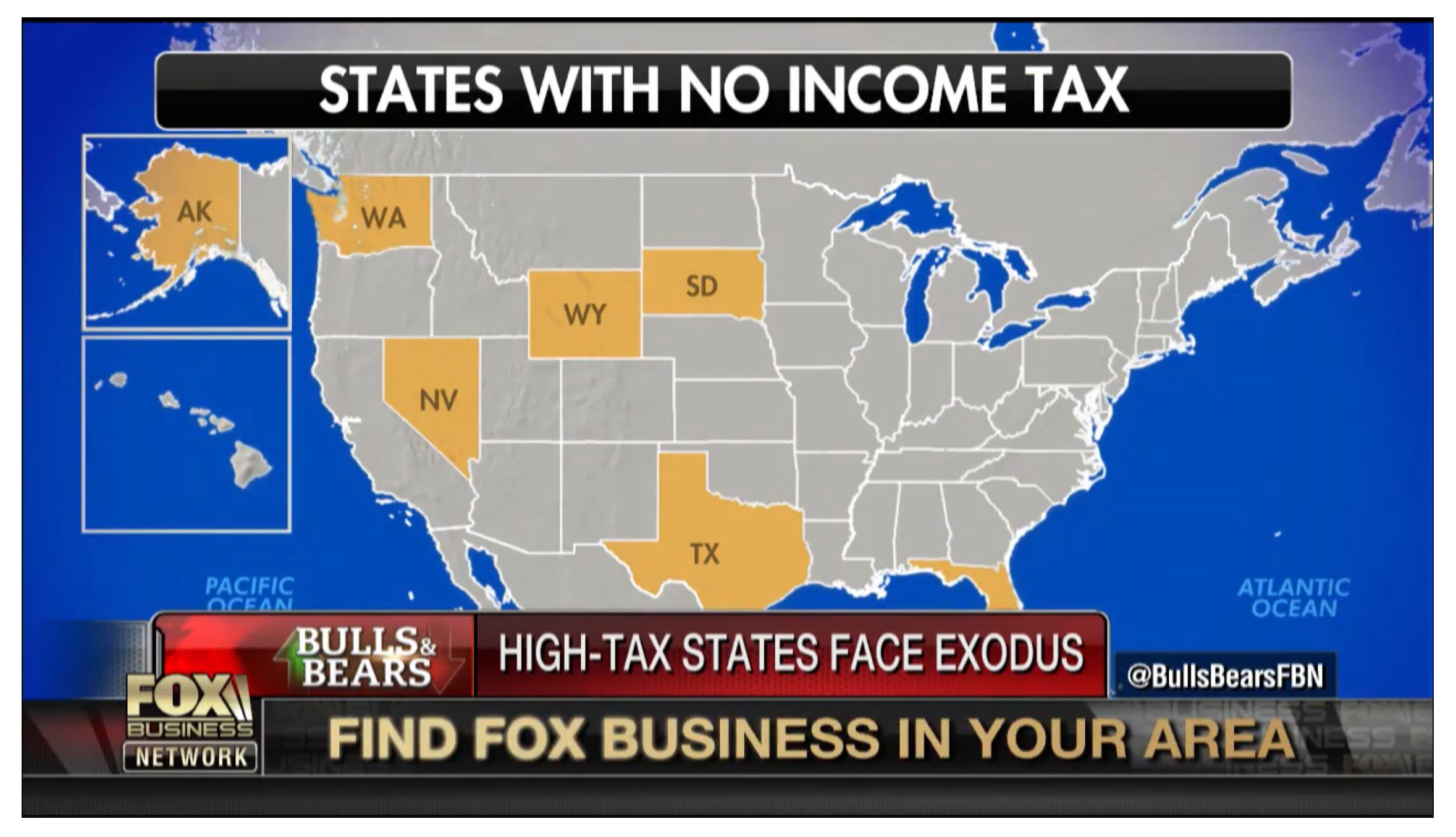 Changes to the U.S. tax code – specifically a $10,000 cap on state and local tax deductions – have sent residents from high-tax states like New York and Connecticut fleeing for relief.

One of the most popular destinations, as previously reported by FOX Business, is Florida.

Data from the U.S. Census Bureau showed that while Florida received more movers than any other state last year (net domestic migration of 132,602), New York's outflows to the Sunshine State were the highest – 63,772 people.  New York had the third-largest outflows of any state, with 452,580 people moving out within the past year.

Florida profits from these trends, too. The Sunshine State drew a net influx of about $17.7 billion in adjusted gross income (AGI) in 2016, alone. That dwarves the remaining 19 states that saw a positive net influx of income – which combined for a total of $19.4 billion.

While last year was the first where Americans filed under the Tax Cuts and Jobs Act, proactive taxpayers began plotting moves to improve their financial outlook as soon as it became clear the changes were going to be signed into law in 2017, according to experts.

So where in Florida have people been moving?

Here’s a look at the most popular Florida counties for people that moved from a different state as of 2017, according to Census Bureau data:

Hillsborough is one of the most populous counties in Florida, with about 1.33 million residents.

The county’s largest city is Tampa.

Movers over the course of 2012 through 2016 came from a number of high-tax states including California, Illinois, New Jersey and New York.

As previously reported by FOX Business, Palm Beach has also attracted its fair share of financial services firms from the northeast.

The county has a high concentration of wealth – there are 40 billionaire and 71,000 millionaire households.

The total population in the country is more than 1.4 million people.

The Florida county that had the third largest number of movers from a different state was Orange County.

The largest city in Orange County is Orlando.

The population is about 1.27 million people.

More than 30,000 people had moved into Pinellas County from a different state as of 2017.

Movers tend to come from all over the country, with a lot from California, Georgia, Illinois, Indiana, Michigan, New York and Ohio.

Among its more well-known cities are Ft. Myers and Cape Coral.

The Boston Red Sox and Minnesota Twins both have Spring Training in the county.

Article content from FOX Business; please contact us for more information on this, we have many relocating to SWFL and other parts of Florida where we serve with our team.