President Trump To REALTORS®: Real Estate ‘Is in My Blood’ ☘ From NAR ☘ Hoey Team ☘ eXp Realty

From the 20% pass-through tax deduction for independent contractors to the promise of opportunity zones to revitalize struggling communities, President Donald Trump extolled the impact of an array of achievements that have benefited real estate practitioners.  He spoke before an enthusiastic crowd of 2,000 REALTORS® Friday who packed a Marriott Wardman Park hotel ballroom in Washington, D.C., during the REALTORS® Legislative Meetings & Trade Expo. Meeting attendees who didn’t get into the ballroom were directed to overflow rooms or to watch the event via a live stream.

“Deregulation may be the biggest of our successes over the past two-and-a-half years—maybe bigger than the tax cuts,” Trump said during the speech, which ran a little over an hour. “There’s truly never been a better time, in my opinion, to build or break ground in America,” he said. 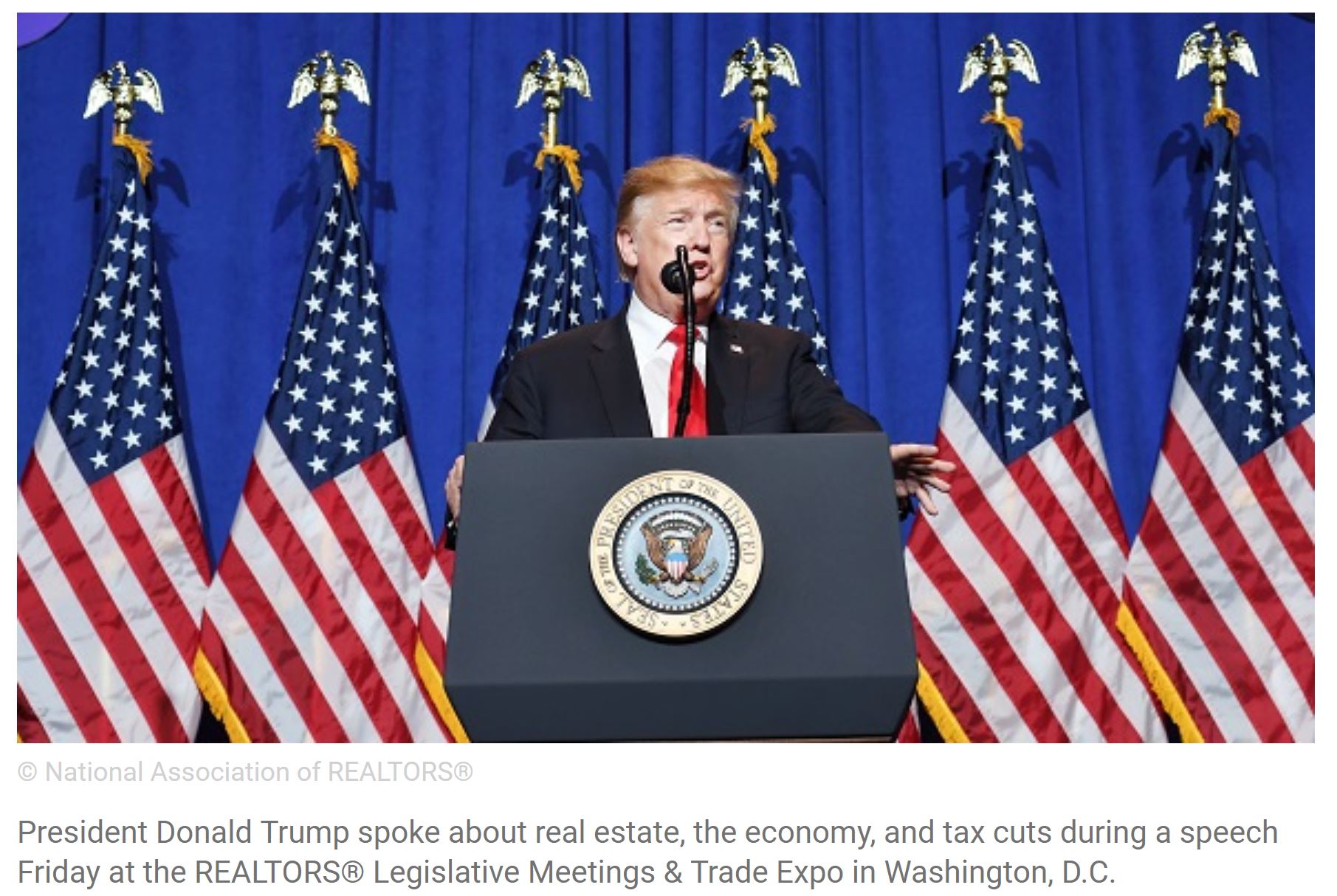 Trump is the first U.S. president to address the National Association of REALTORS® while in office since President George W. Bush’s appearance at the Washington meetings in May 2005.

“I’m here today because REALTORS® play a special role in the economy,” Trump said. “When a young family needs room to grow; when a new job sparks a new adventure in a brand-new, beautiful city; when parents want to find the right neighborhood and schools for their children, Americans put our trust in you.” 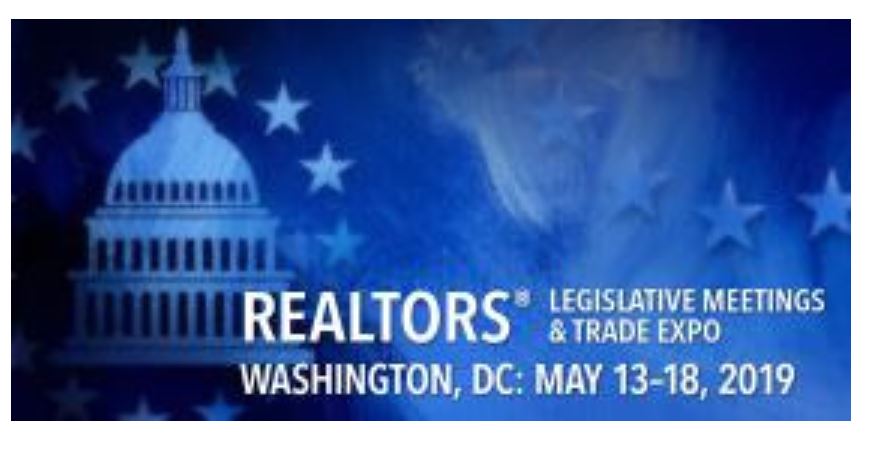 A longtime real estate developer who said he is simply taking a “hiatus” from the business, Trump highlighted the professional passion that he and his audience members share. “It’s in our blood, right? I feel like home. I love the business,” he said, adding that “there’s nothing like a great broker. It’s no different than a great surgeon.”

Acknowledging the important trust built between real estate professionals and their clients, he said, “In what other business can you go away for three weeks, put a key under the mat [and let your agent have access to the home]? You can only trust a great [agent] to do that.”

The strong economy was another theme of the address, including record low unemployment—3.6% recorded in April. “More people are working today than at any time in the history of our country. Many of those people will go out and buy a house,” said Trump, spurring a roar of applause.

He spoke of asking federal agencies to speed up the approval process for building new roads and bridges and the need for federal housing finance reform. “We don’t want the taxpayers to be on the hook if another crash happens,” he said. “We need to protect taxpayers and preserve homeownership for years to come.”

Trump welcomed Tennessee REALTOR® Bob Turner, a land broker with 40 years of experience, to the stage. Turner is investing in an opportunity zone in his market, building apartments and single-family homes, which he expects will amount to $40 million in economic development.

He also introduced Teresa McKee, CEO of Nevada REALTORS®, who noted that more than 1,000 REALTORS® in her state have been able to obtain quality, affordable health insurance through association health plans offered by the state association and the Greater Las Vegas Association of REALTORS® since the beginning of the year. Nearly 27% of those insured under the association’s programs had not had insurance coverage prior to enrolling in the Nevada plans.

Introducing the president to the attendees, NAR President John Smaby noted, “I can think of no better way to wrap up our time in Washington than by sharing our REALTOR® story with our nation’s chief executive.  A longtime real estate developer, President Donald Trump knows how real estate drives economic growth, creates jobs, and benefits the country as a whole.”

Every year, the association invites the sitting president to its legislative meetings. Trump’s attendance does not constitute a political endorsement, as NAR does not endorse presidential candidates.