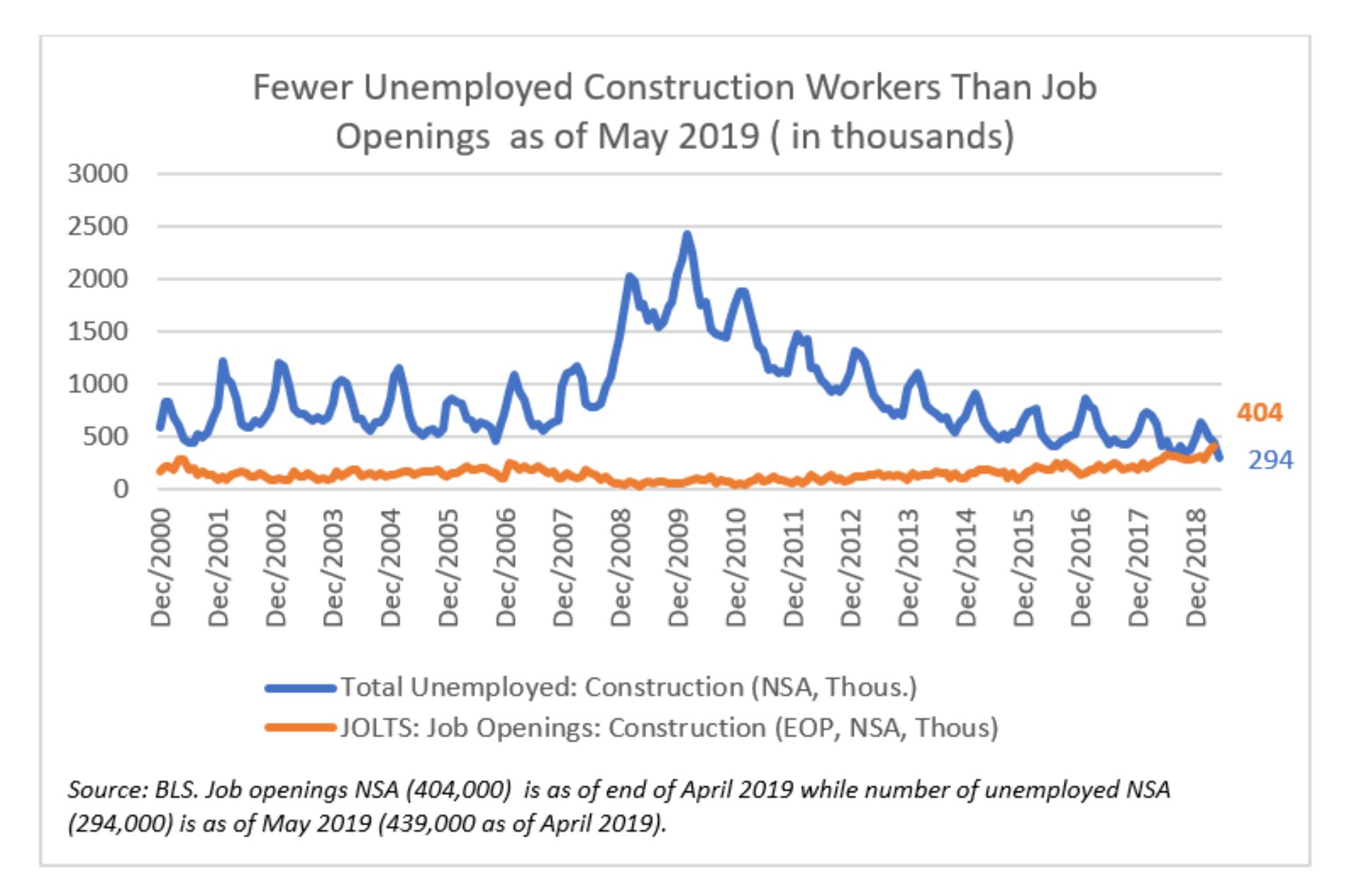 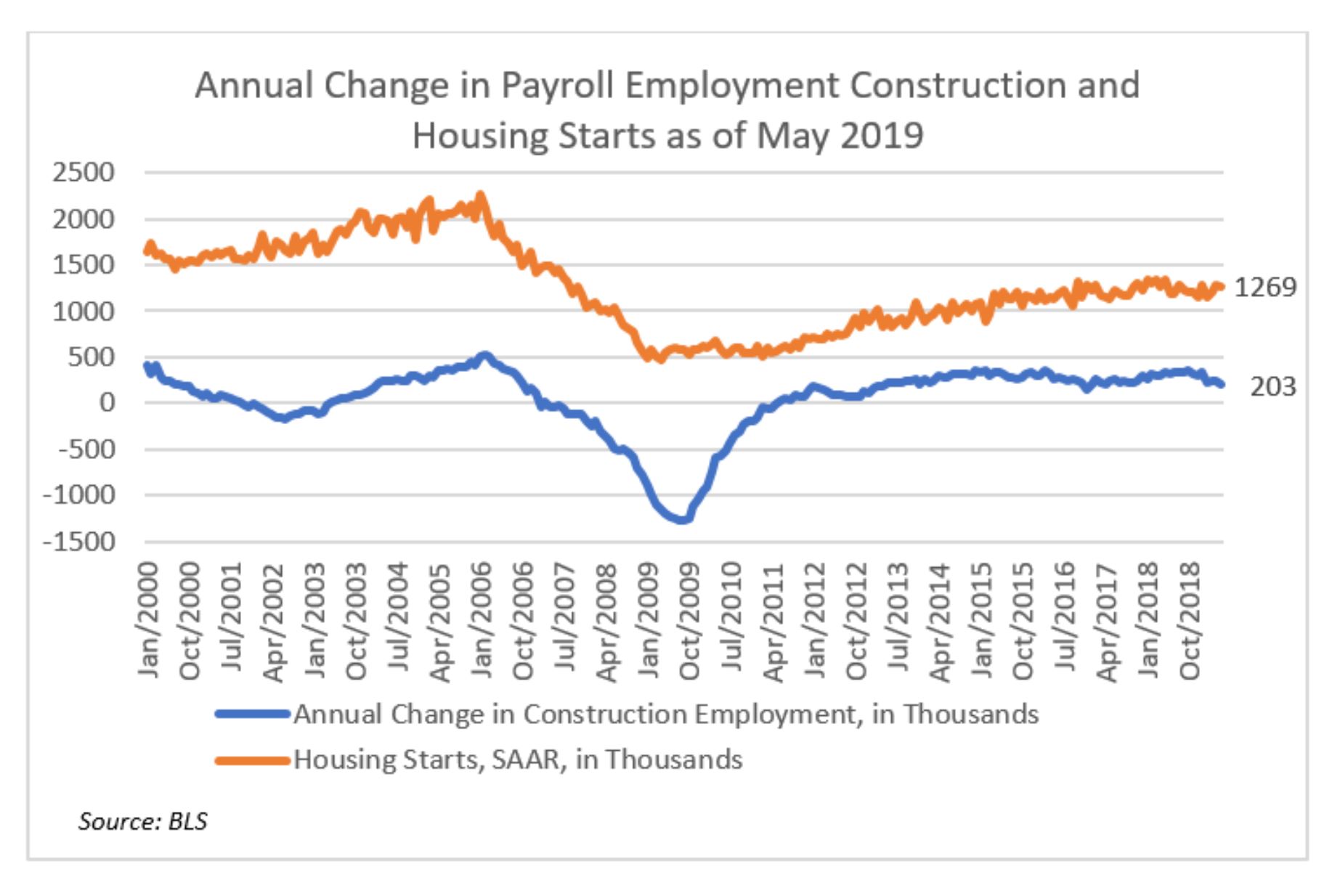 Construction Employment in 2019 Still Below 2006 Level

Construction employment has also not recovered in states such as California (-18,500), Virginia (-46,100), and Maryland (-28,600). Attracting employment is California if it is to solve the severe affordability crisis. It is also critical to states such as Virginia and Maryland due to the expected increase of about 50,000 workers in the next 20 years arising from Amazon HQ 2 direct and indirect job creation. Click here for Amazon HQ2 effect. 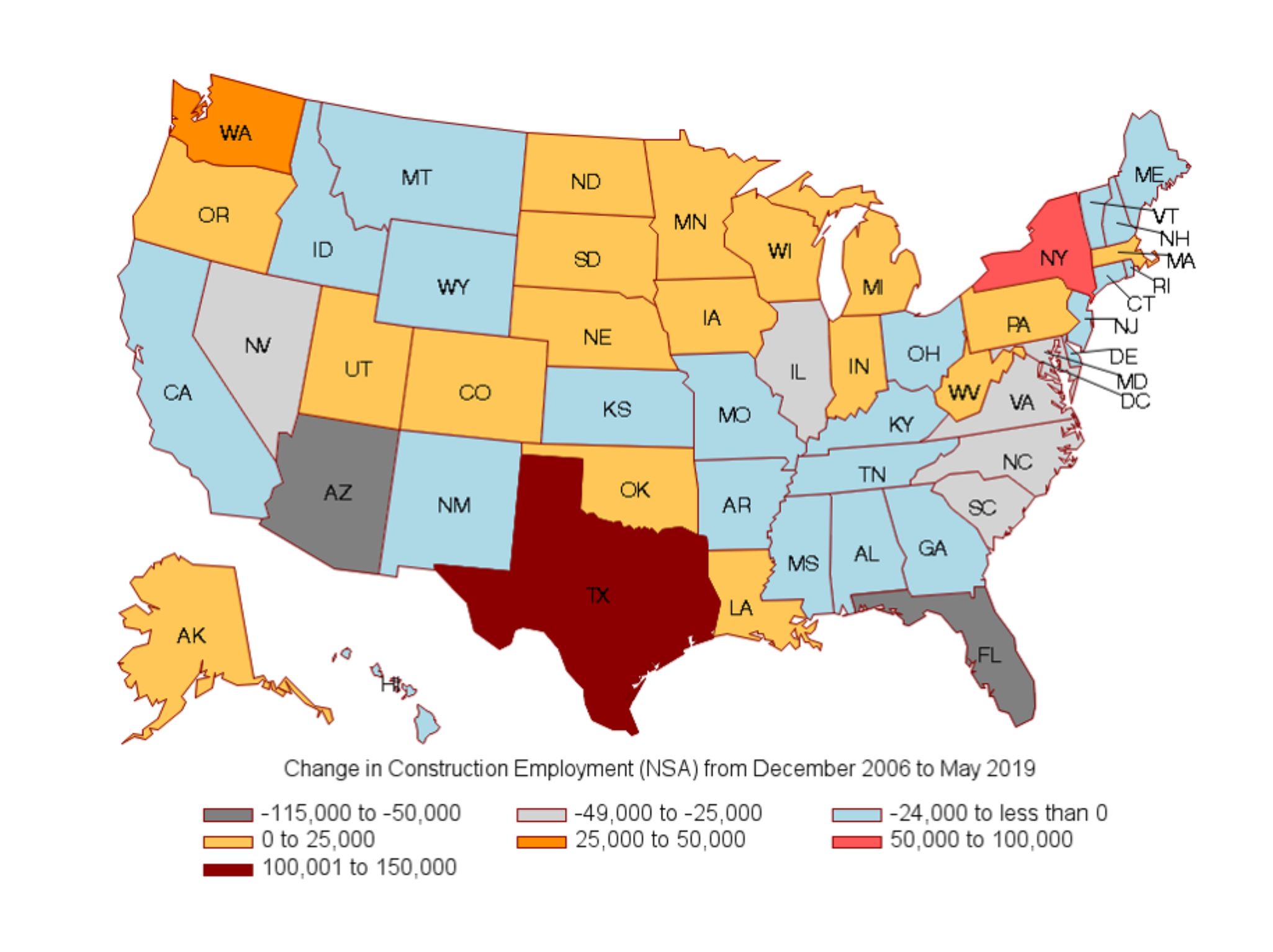 Another measure of employment is by occupation, which includes the self-employed. Based on the number people who reported construction as an occupation (OCC field in the American Community Survey PUMS data), there were 9.85 million such workers in 2017 compared to the peak of 11.66 million in 2006, or 1.81 million fewer construction workers. 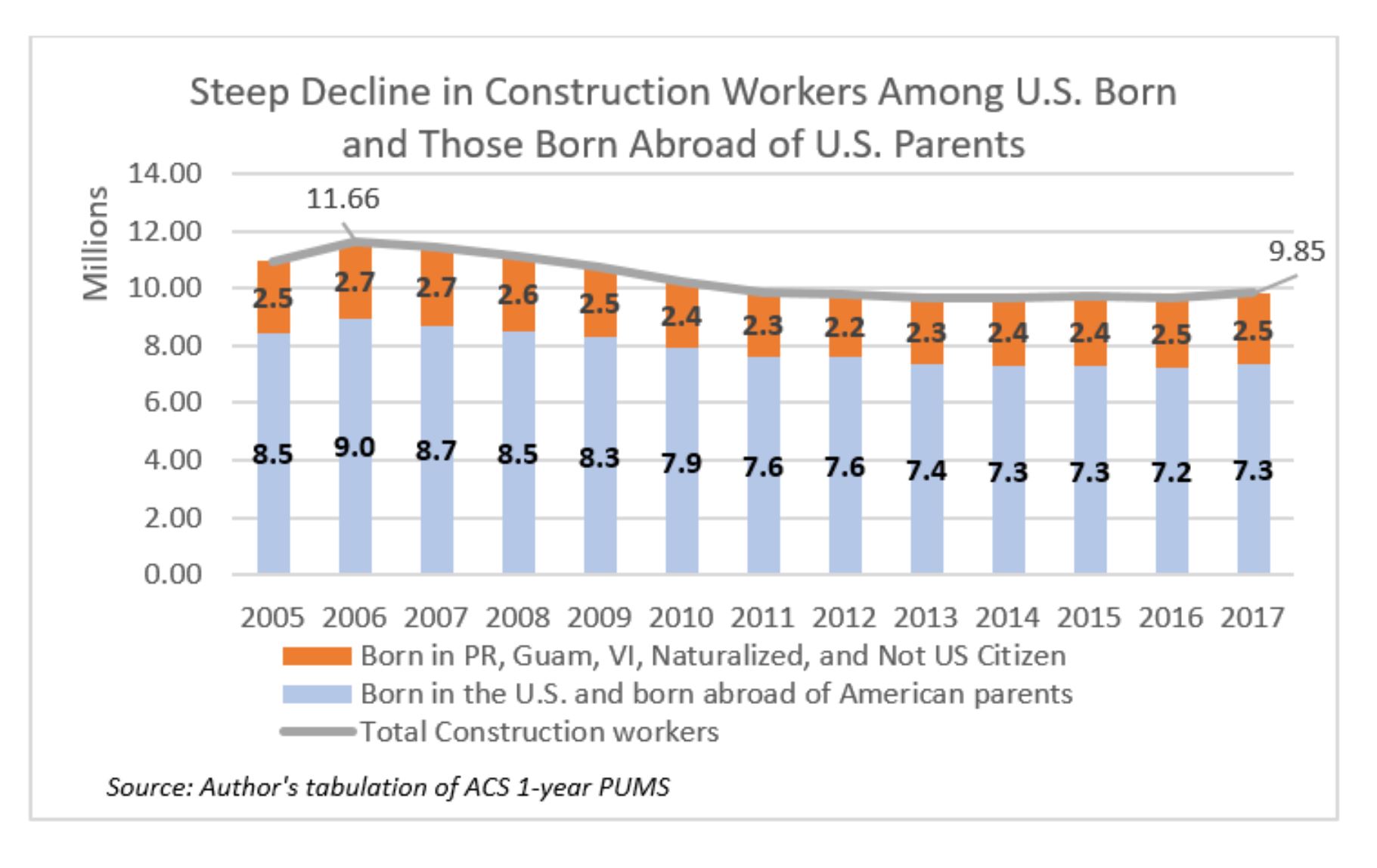 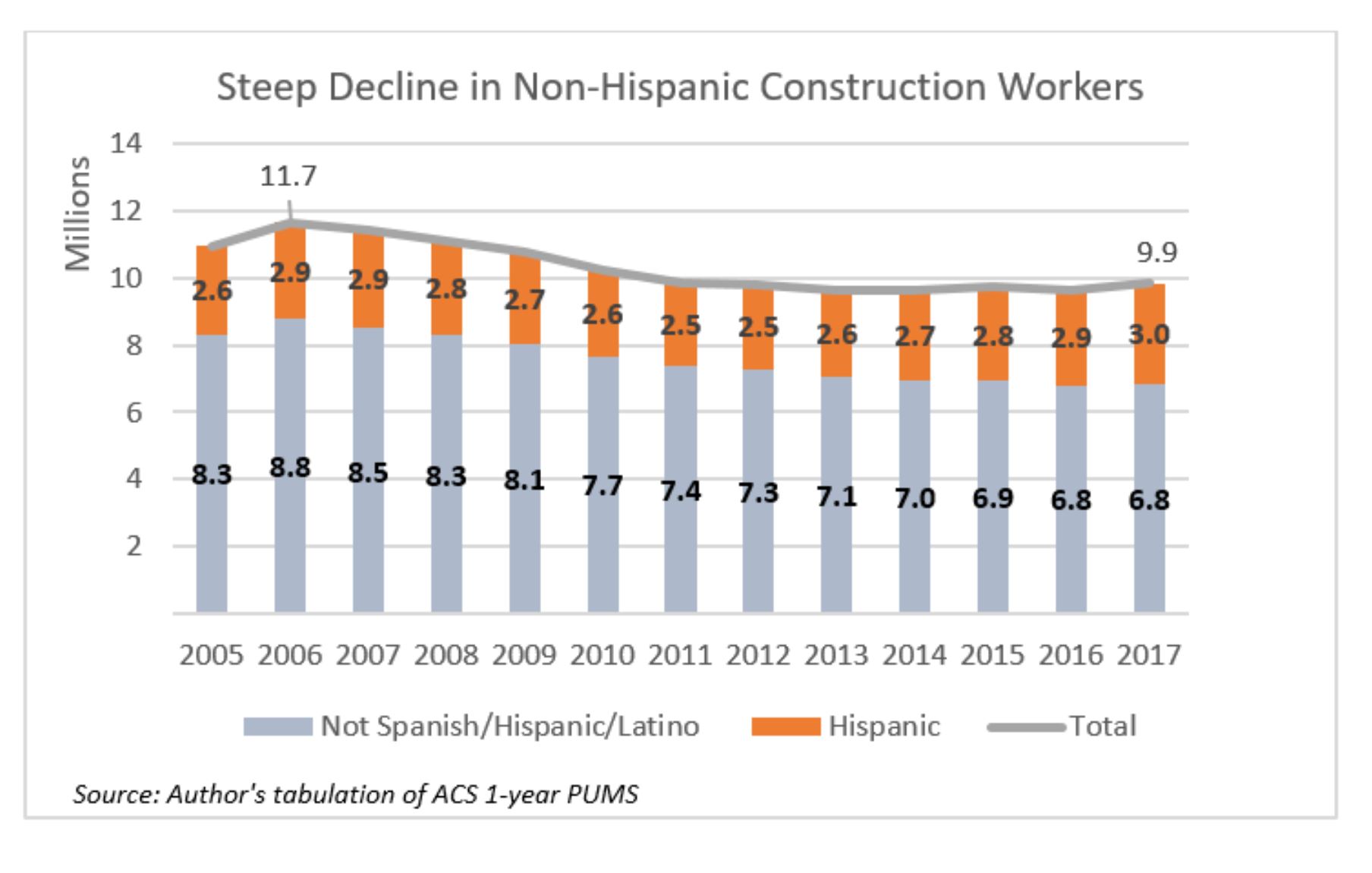 Regardless of citizenship, ethnicity, and gender, programs that will attract more workers in construction such as the apprenticeship programs are critical to increasing the supply of construction labor and easing the housing shortage.

Recent Trends: Change in Payroll Employment in May 2019 from One Year Ago

Compared to one year ago, payroll construction employment rose in 38 of 50 states, with the fastest pace in West Virginia (27%), Nevada (14%), Arizona (12%), North Dakota (11%), Wyoming (11%), Alabama (8%), Indiana (7%), and Alaska (6%).  Net gains in construction jobs in these states means more housing starts which will ease the price pressure that is coming from strong demand fueled by lower mortgage rates and real wage growth.  See the latest employment trends at the state level at NAR’s June 2019 State Employment Monitor. 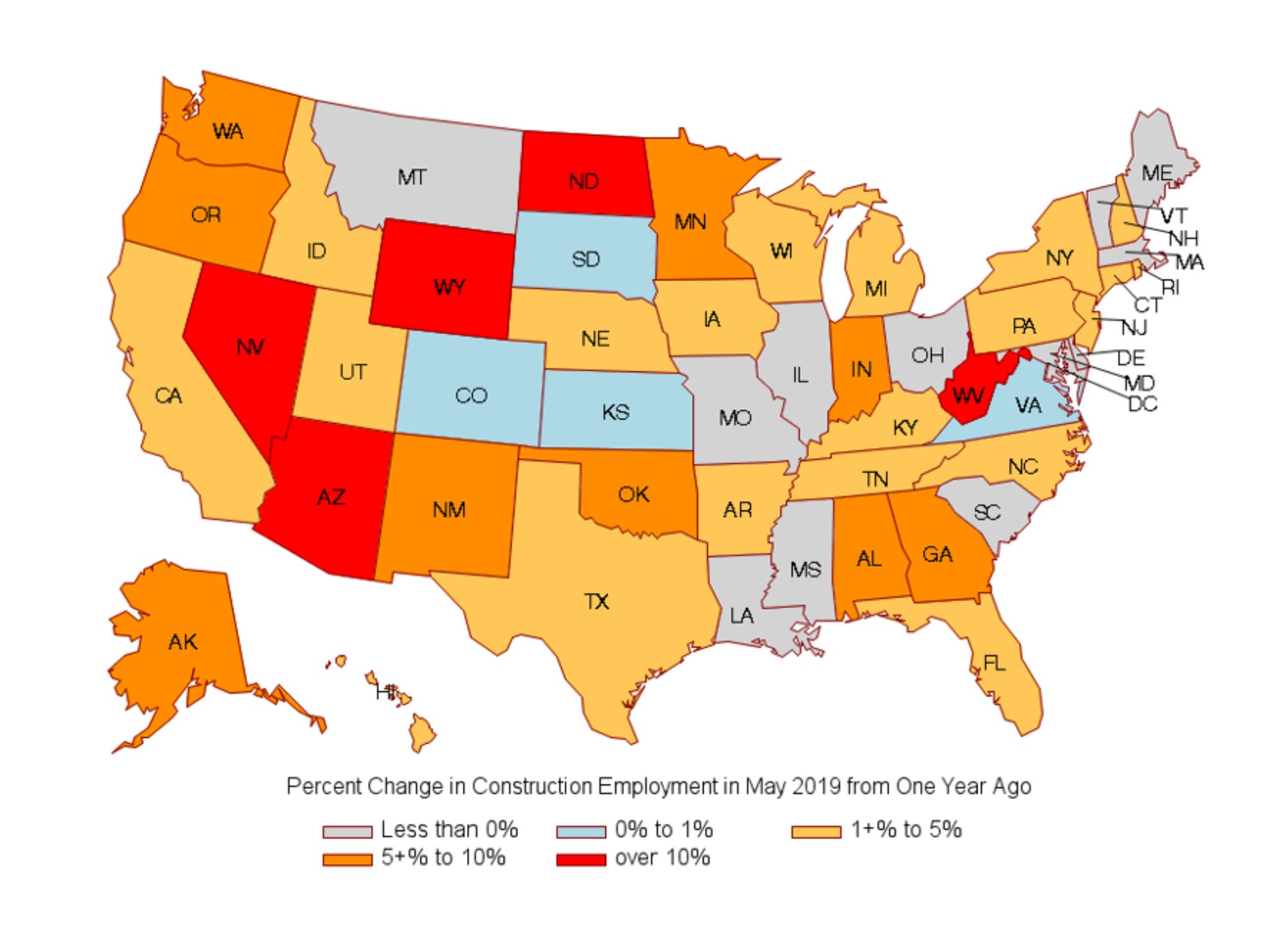 1The unemployment rate at the industry level is only published on a non-seasonally adjusted basis by the Bureau of Labor Statistics.

2The May 2019 Jobs Opening and Labor Turnover Survey (JOLTS) data is not yet available for May 2019, but job openings have normally increased in May compared to April.