The United States is currently experiencing a sustained, decades-long growth in multigenerational households, according to recent research, though nearly a century of focus on single family housing means this transition also raises challenges.

Today, up to 41 percent of Americans who are buying a home are also considering accommodating a family member from another generation, such as an elderly parent or adult child, according to research first reported by Fast Company from John Burns Real Estate Consulting. That figure stands in stark contrast to the middle decades of the 20th Century, when only a small minority of Americans lived in multigenerational households.

Data from the Pew Research Center shows that in 1950, 21 percent of Americans lived in a multigenerational household. That number continued to fall over subsequent decades, eventually bottoming out in 1980 when it hit 12 percent.

Since then, however, the number of Americans living in multigenerational households has been rising, eventually hitting 20 percent in 2016. And, as the research from John Burns Real Estate Consulting suggests, even more people are apparently considering a multigenerational living arrangement.

Though multigenerational households are still in the minority, Fast Companyargues that there are some significant drawbacks to the single family households that dominate the U.S. Those issues include social isolation, a lack of community and cities that are forced to allocate vast resources for moving around people “who want to live conspicuously apart.”

“There’s been so much emphasis on independence and on privacy that we really designed community right out of our lives without knowing it,” architect and housing consultant Katie McCamant told Fast Company.

There are significant challenges when it comes to accommodating the growth in multifamily households, the largest of which is perhaps — as Fast Companypoints out — that much of the housing in the U.S. is comprised of single family homes. This type of housing tends to require a car to get around and can be especially challenging for seniors who eventually lose the ability to drive. 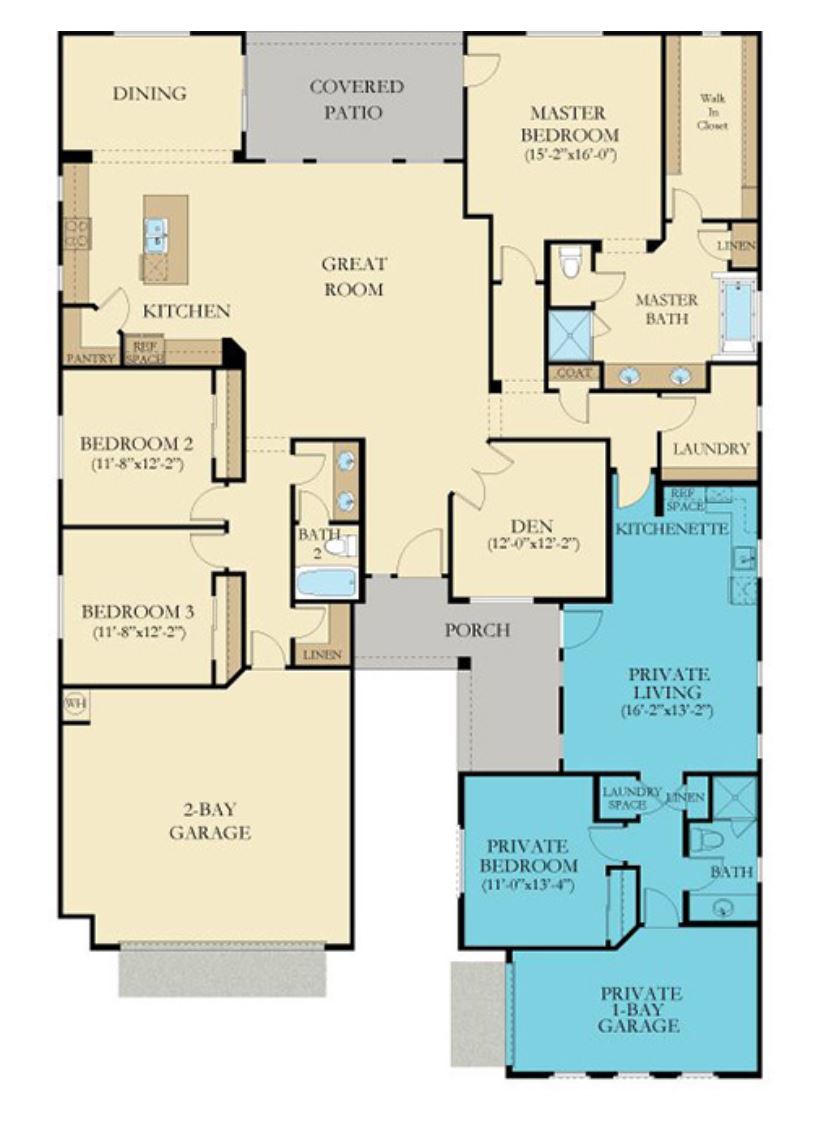 However, the market is beginning to adapt to an older population that wants to age in place — and potentially live with family. Homebuilder Lennar, for example, currently constructs houses that are designed to accommodate multiple generations. The homes are part of Lennar’s “Next Gen” program, which the company says “opens the door to an array of financial and logistical benefits, while providing the opportunity to share the comfort of your home with loved ones.”

The program is currently active in 14 states.

Families that can’t or don’t want to build a multigenerational house from scratch are turning to other strategies, such as adding onto existing homes or building an apartment in the backyard. Fast Company describes this as a more common option. And indeed such add-on spaces are often referred to as “mother-in-law” apartments, a moniker that speaks directly to their role in housing extended family.

Other options exist as well. McCamant, the architect who spoke to Fast Company, works with communities to build co-living housing geared specifically toward seniors. There are also various home-sharing options, such as seniors renting out rooms to younger people and college students.

All of these options, however, point to a clear trend: both attitudes about housing and the type of housing that is available is shifting. As a growing number of baby boomers reach old age, then, the question is what exactly the future of real estate will look like.

“It’s really about a proactive approach to: What do I want to do with this last third of my life and how do I set myself up for that?” McCamant told Fast Company.

"We hope that you find the information useful.  If you have any questions, please do not hesitiate to contact Kim or Barry with the Hoey Team, email us at: Barry@SWFLLuxury.Com  or KimZuponcic@Gmail.com or Call/Text the Hoey Team at:  (239)-360-5527

Please Share this Page with anyone who you think the info will help.  Feel free to refer any family or friends; it is the greatest compliment that you can give to us; we really appreciate referrals; and we will help in any way we can.  Most of our business is referrals by word of mouth from past Sellers and Buyers who we have helped; please ask for and check out our testimonials.  Thanks, Barry & Kim"