A $111 million estate with a bowling alley just broke Florida's real-estate record. Here are the 16 most expensive homes sold in the US over the past decade 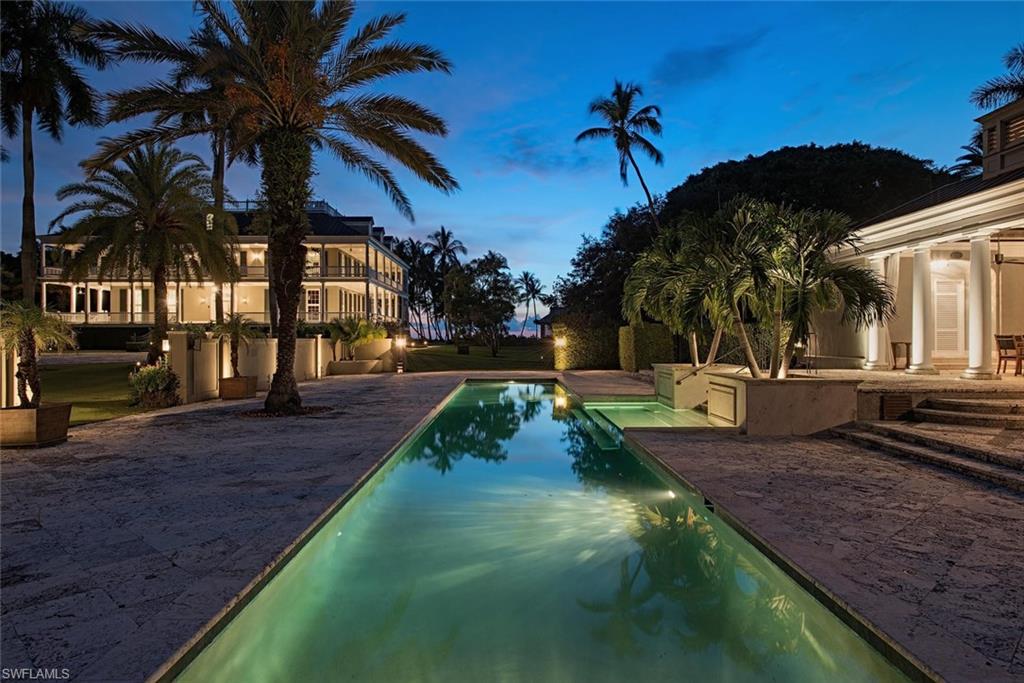 Jonathan Miller, the president and CEO of real estate and consulting firm Miller Samuel Inc., has spent the past few years compiling all the sales of single-family homes and condos at or above $50 million in the US.

He's shared that information with Business Insider so that we could round up the 16 most expensive residential sales the country has seen over the past 10 years.

From a number of $100 million mansions to one nearly $240 million penthouse, 15 out of the 16 most expensive homes are located in either Florida, New York, or California — three states with notoriously expensive housing markets. In fact, the most recent homes to make the list include the Chartwell Estate in Los Angeles, California, which sold for a jaw-dropping $150 million, and a $111 million estate in Palm Beach, Florida.

Keep reading to see a full ranking of the 16 most expensive home sales the country has seen since December of 2009. 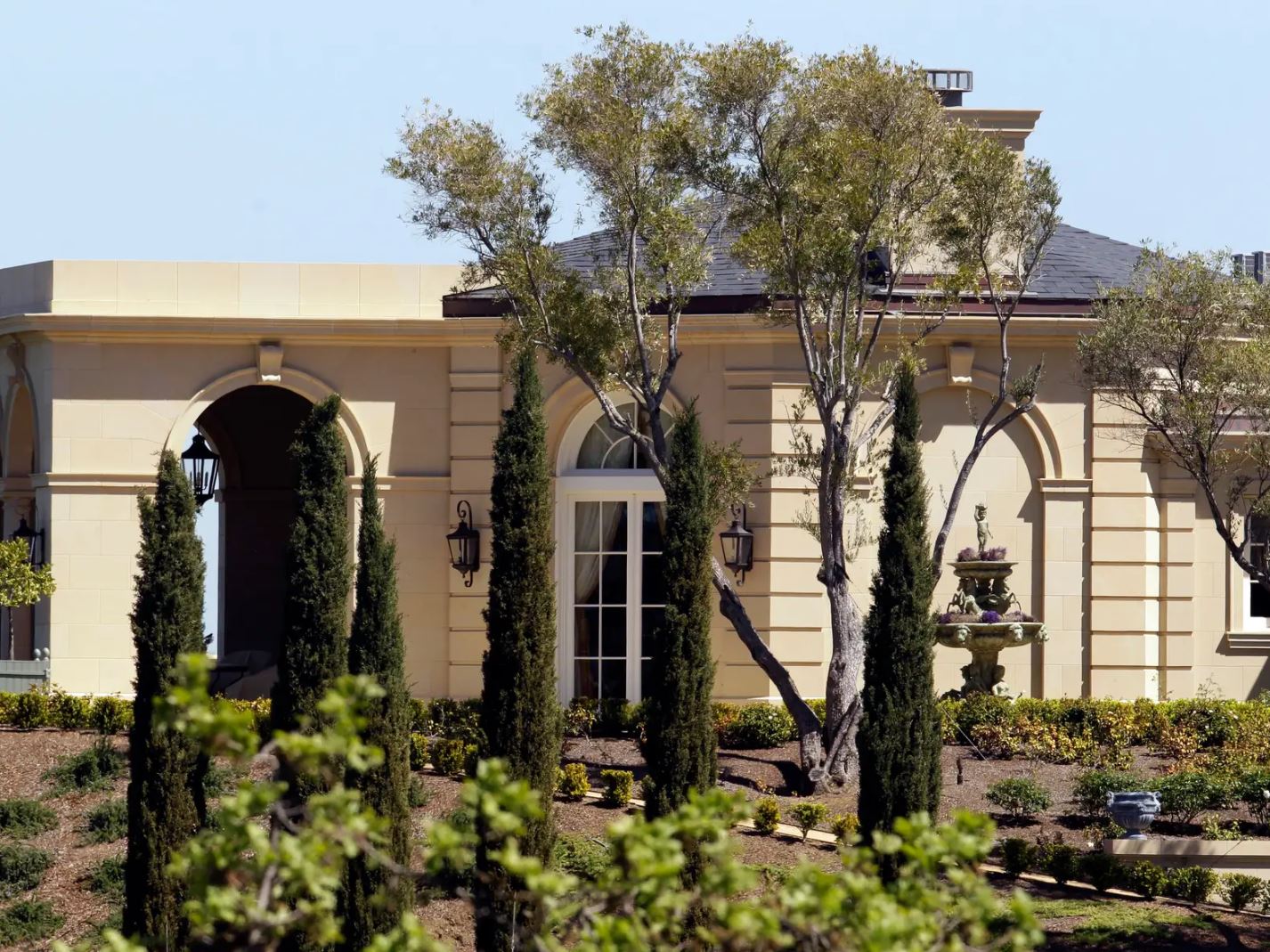 According to a report by The Wall Street Journal, at the time of the purchase, the home featured indoor and outdoor pools, a ballroom, and a wine cellar.

This Playboy mansion in Holmby Hills — a neighborhood in Los Angeles, California — sold in 2016 for $100 million 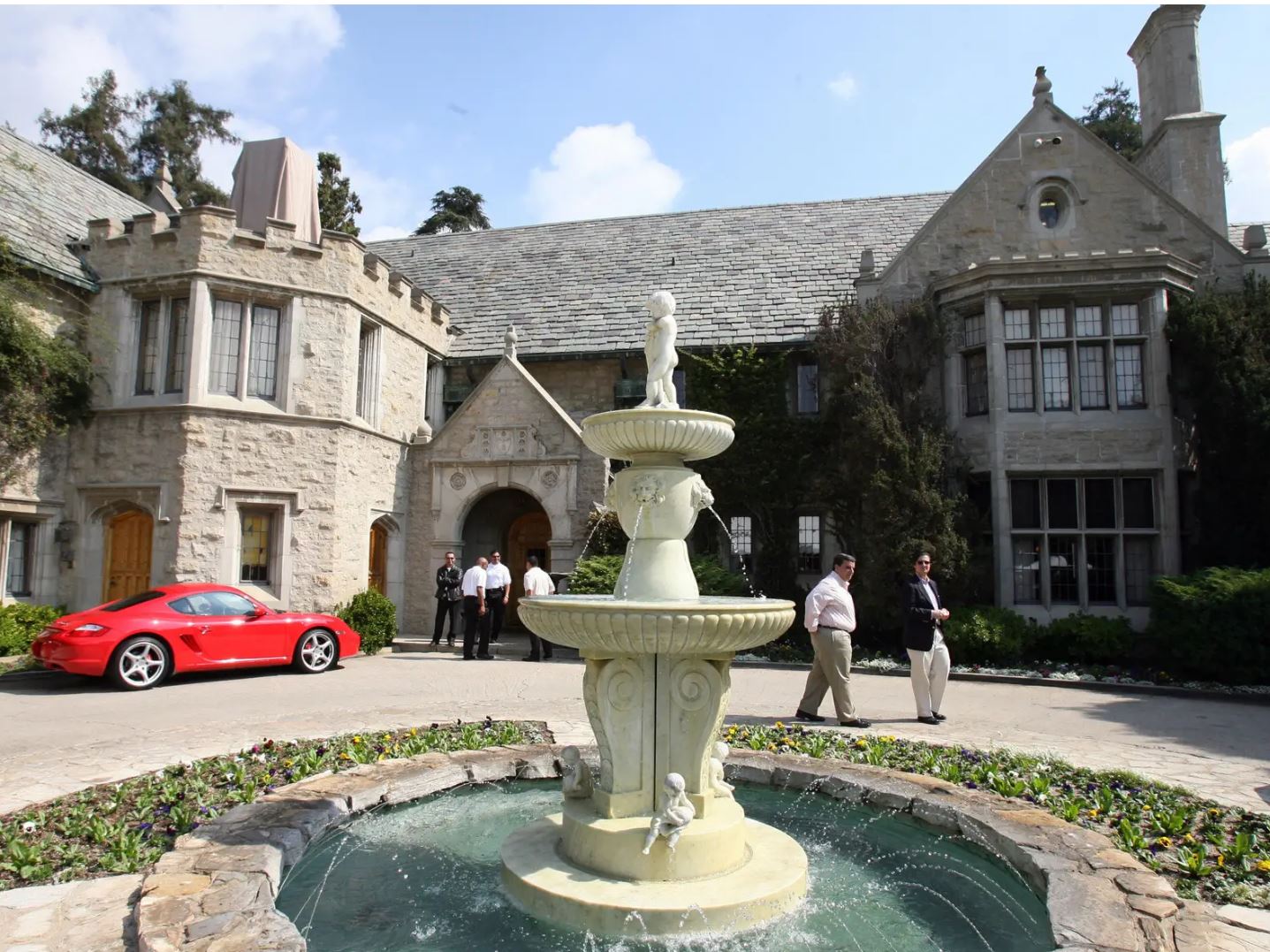 Also known as the Playboy Mansion, 10236 Charing Cross Road was originally listed for $200 million in January 2016.

As Business Insider previously reported, the property was sold a few months later (for half its asking price) to the next-door neighbor who, at the time of the sale, expressed interest in connecting the two properties. 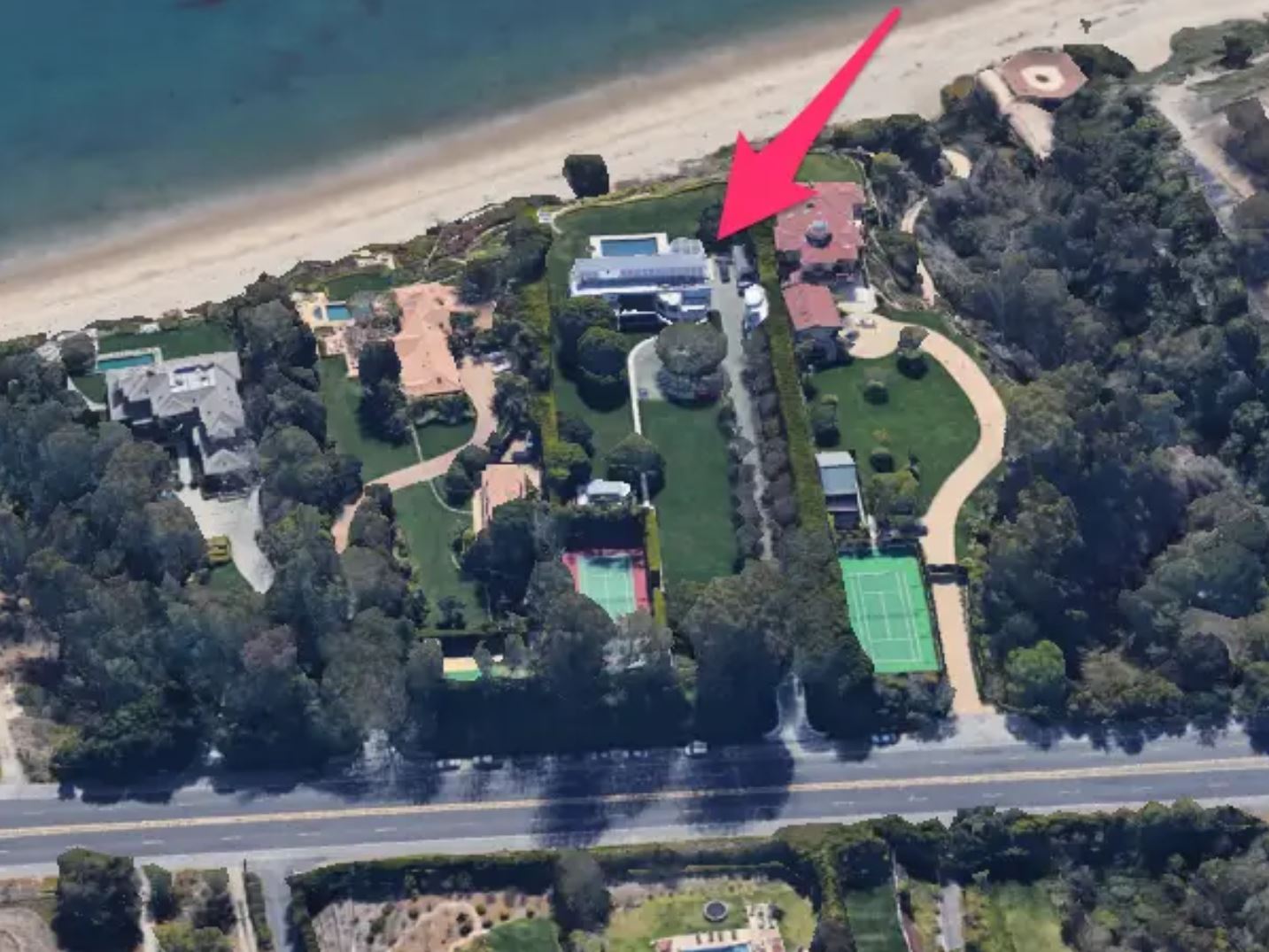 This property, 27600 Pacific Coast Highway, is located along the legendarily scenic state highway. It includes two guest houses, a tennis court, a spa house, a two-story library, a theater, a gym, and a pool, along with other amenities.

This 10-bedroom mansion in Holmby Hills — a neighborhood in Los Angeles, California — sold in 2016 for $100 million. 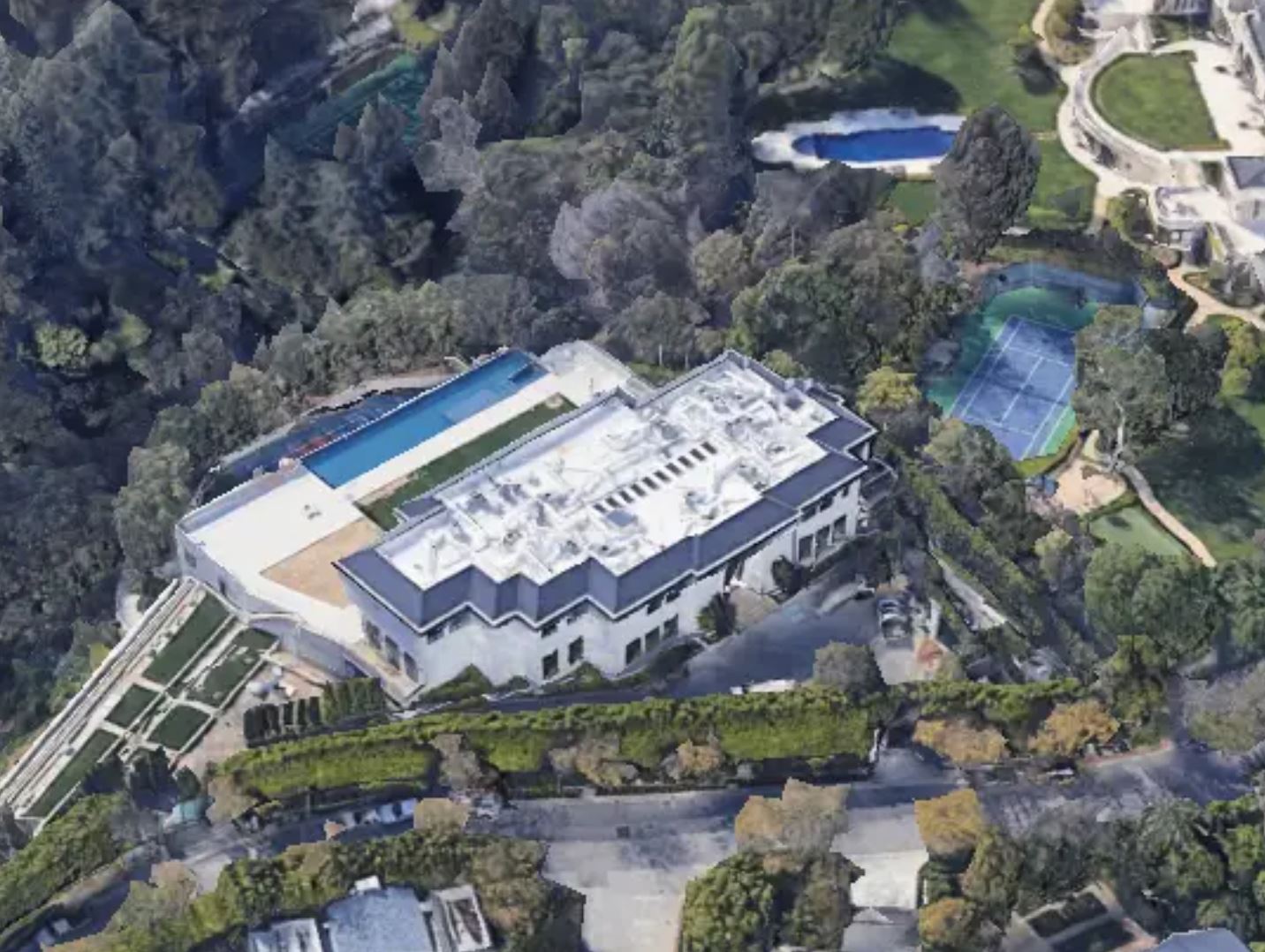 As Business Insider previously reported, this mansion, which is located at 301 North Carolwood Drive, was built on speculation and originally listed for $150 million.

The home spans 38,000 square feet and includes everything from private hiking trails to a movie theater complex 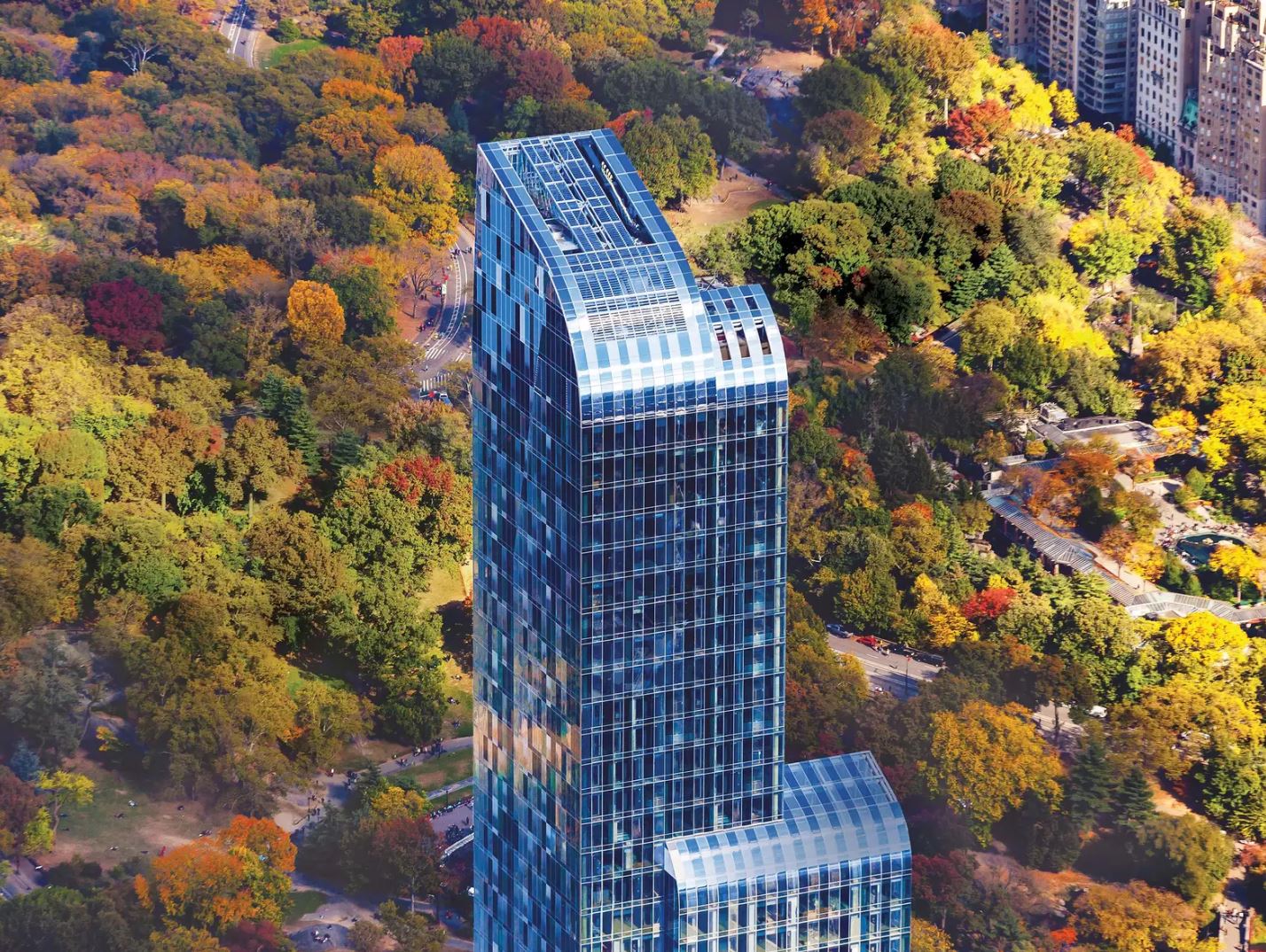 This penthouse is located on the 89th and 90th floors of One57, a residential skyscraper in the Midtown area referred to as Billionaire's Row.

It spans 11,000 square feet and boasts six bedrooms. Up until 2019, it was the most expensive home ever sold in New York City. 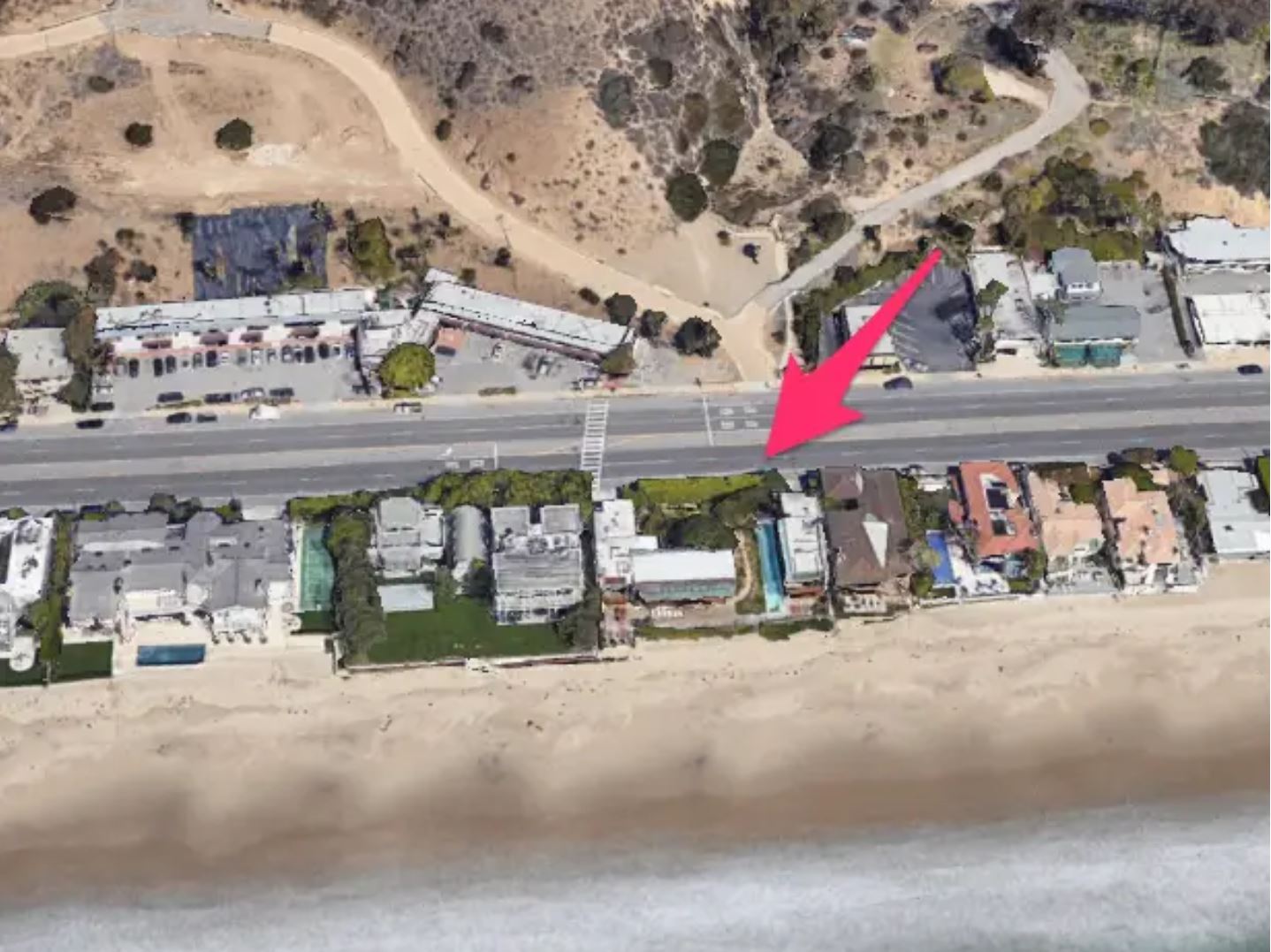 As Business Insider previously reported, this beachfront home is located on Carbon Beach, also called "Billionaire's Beach," which is known for its multimillion-dollar homes and ultra-wealthy residents.

The home, which was designed by Richard Meier, includes a main residence and a guest house.

Three properties on Lily Pond Lane in East Hampton, New York, sold in a single sale in 2016 for $110 million. 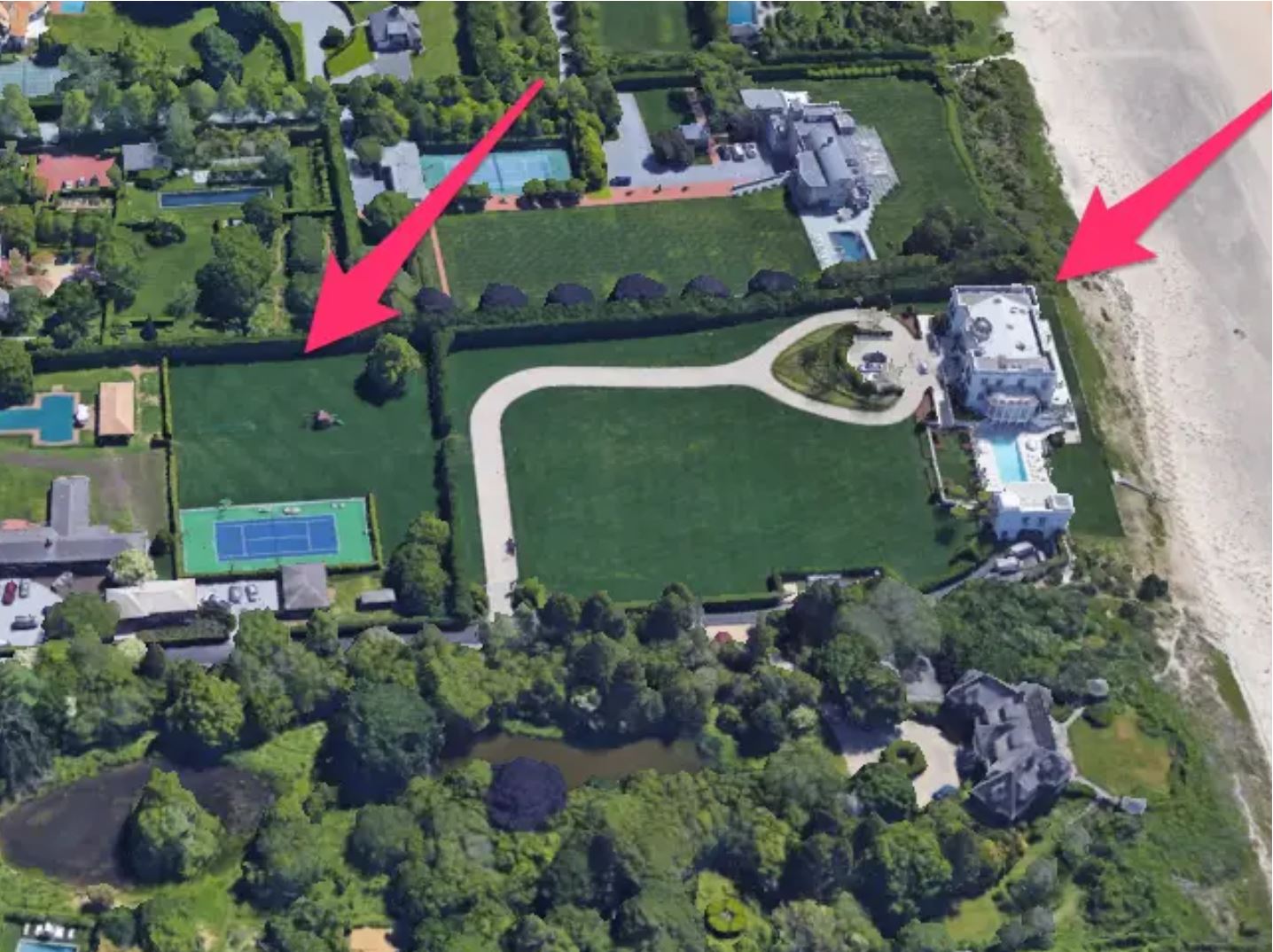 According to a report by the New York Post, the properties total 6.4 acres and include 284 feet of oceanfront access. 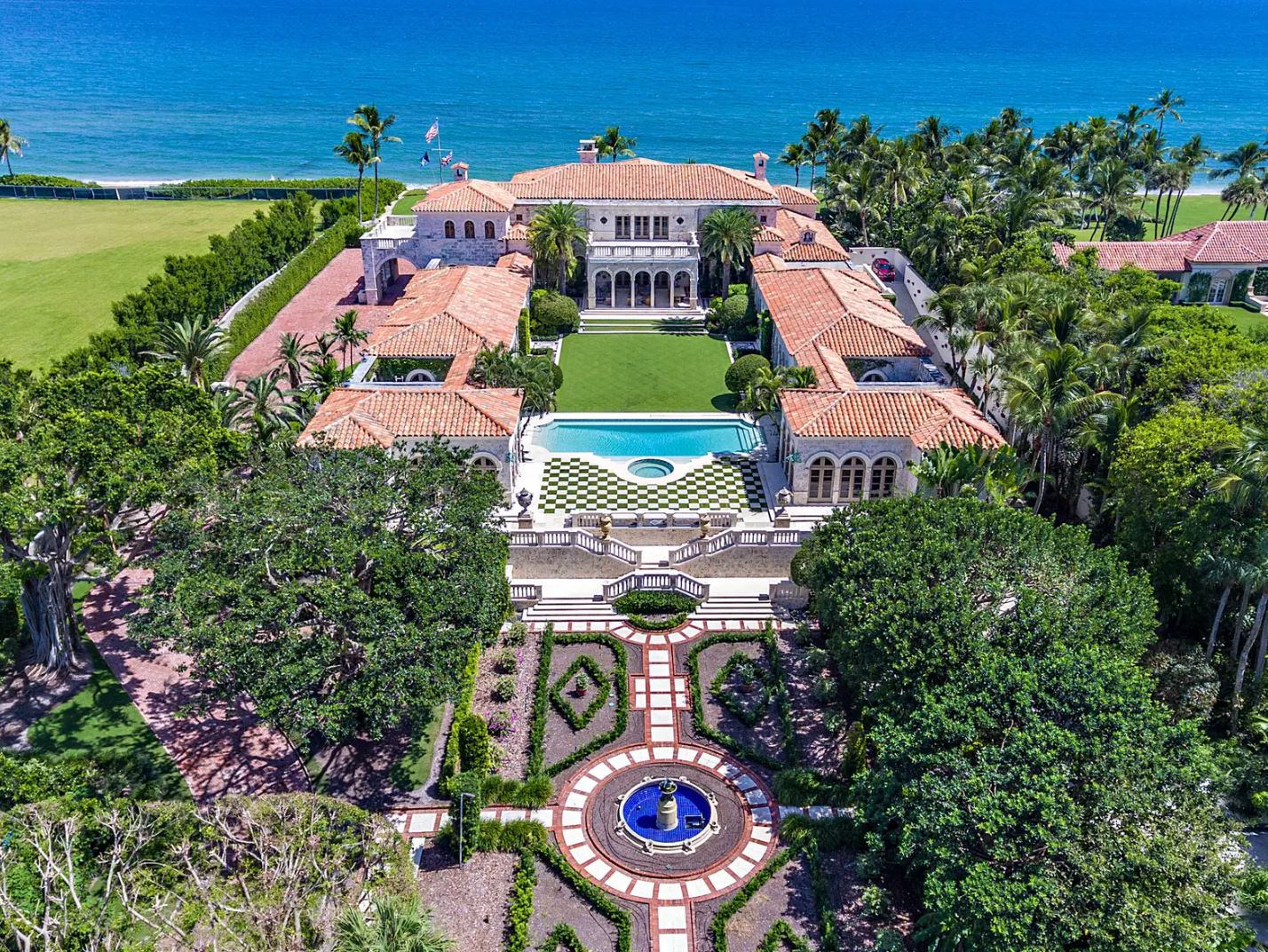 This 13-bedroom property, also known as La Follia, is located at 1295 S. Ocean Blvd, only half a mile from Donald Trump's Mar-a-Lago resort.

As Business Insider previously reported, it was originally listed in 2018 for $135 million. The property includes 210 feet of private beach, lush gardens, and a private boat dock. 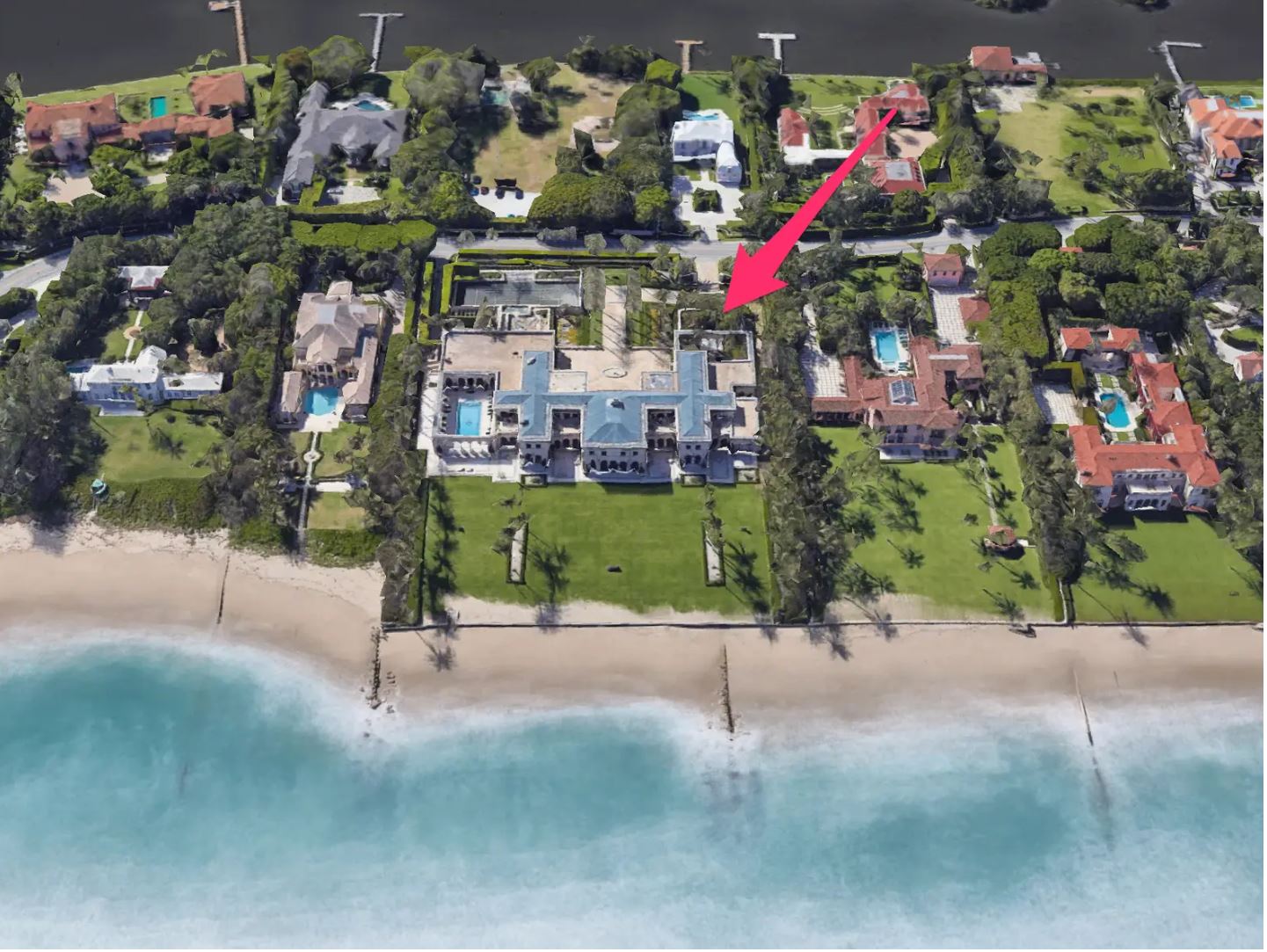 According to a report by CNBC, hedge fund billionaire Steven Schonfeld and his wife closed on the property on December 3, making it the most expensive home ever sold in Florida.

The property boasts over 70,000 square feet of living space, a bowling alley, a spa, an ice cream stand, and a candy parlor, according to CNBC. 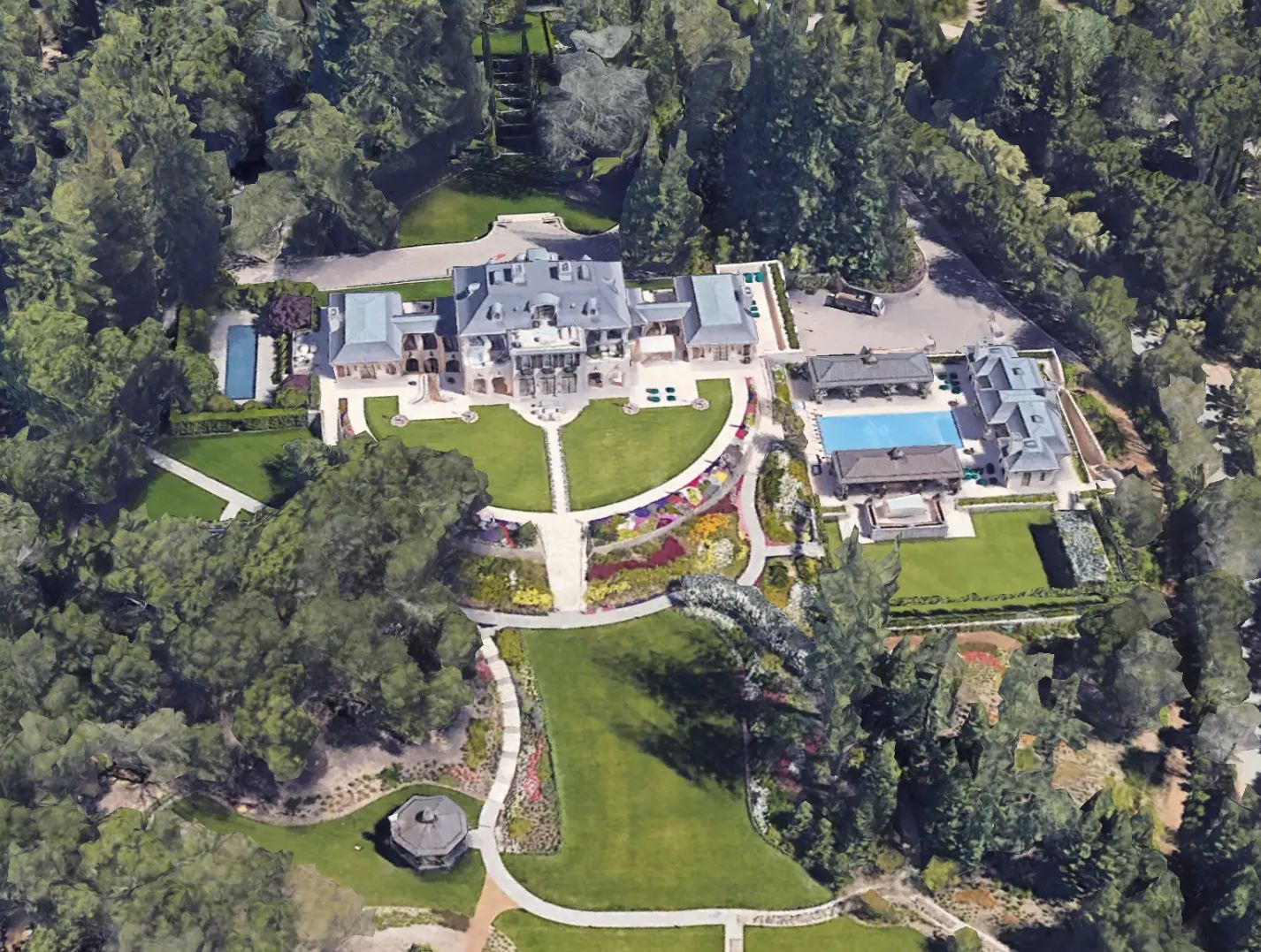 Until 2019, this home, which is located at 360 Mountain Home Road, was the most expensive residence ever sold in California. 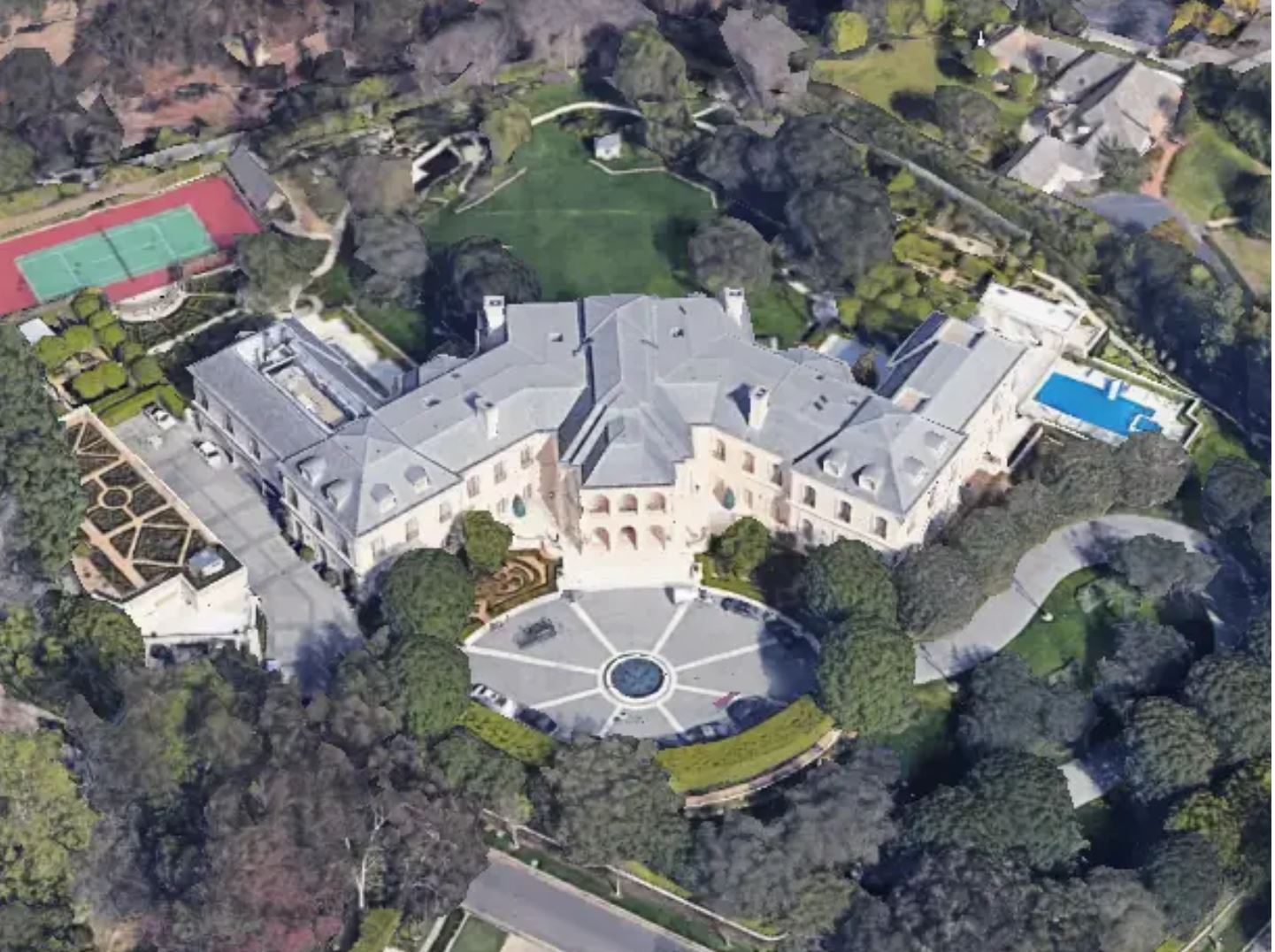 Also known as The Manor, this home, which is located at 594 S. Mapleton Drive, is the most expensive home ever sold in Los Angeles County, according to the Los Angeles Times. 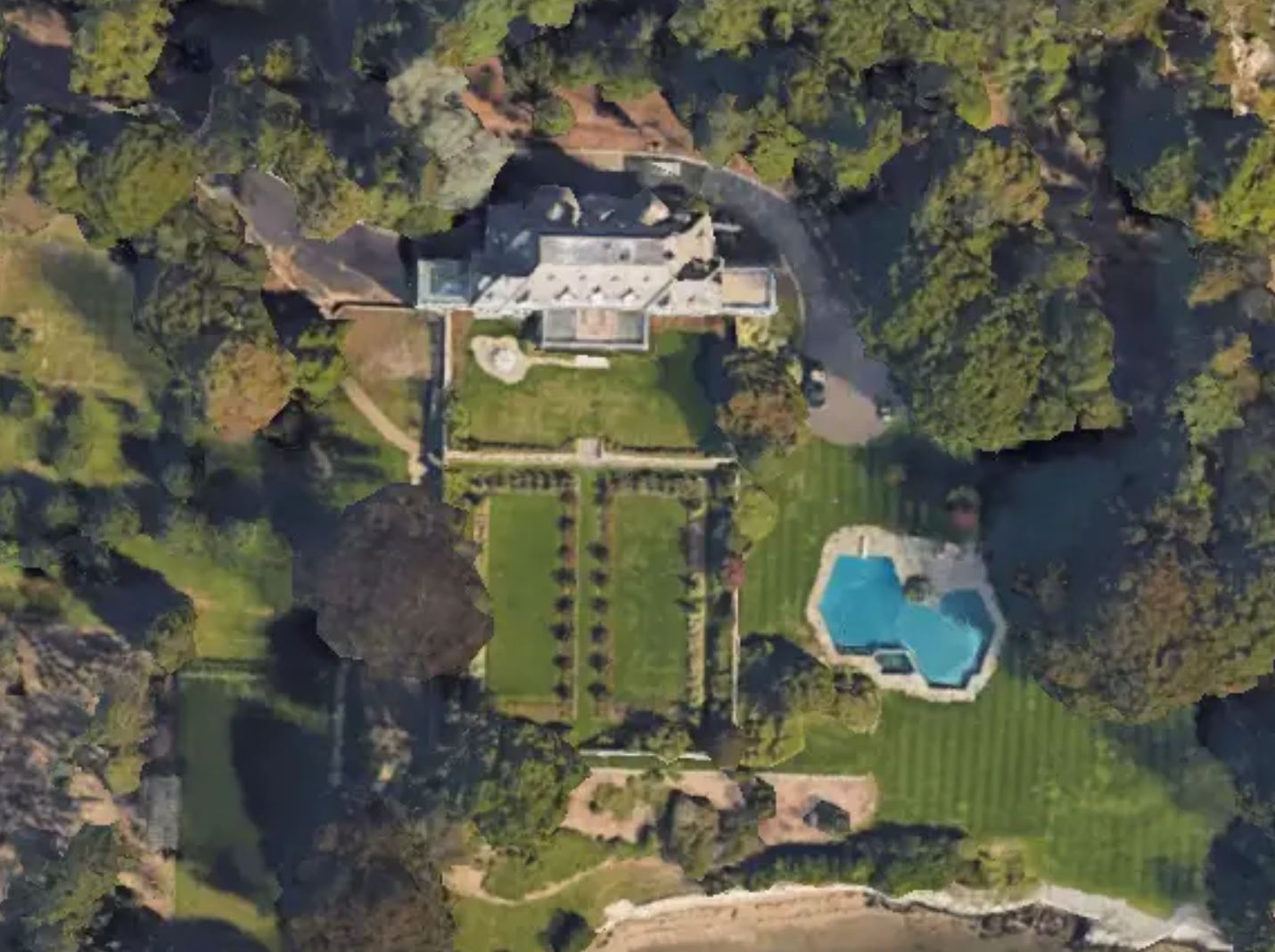 Known as Copper Beech Farm, this property, which is located at 499 Indian Field Road, was originally listed in May 2013 for $190 million.

It's the only home on this list in a state that's not California, Florida, or New York. 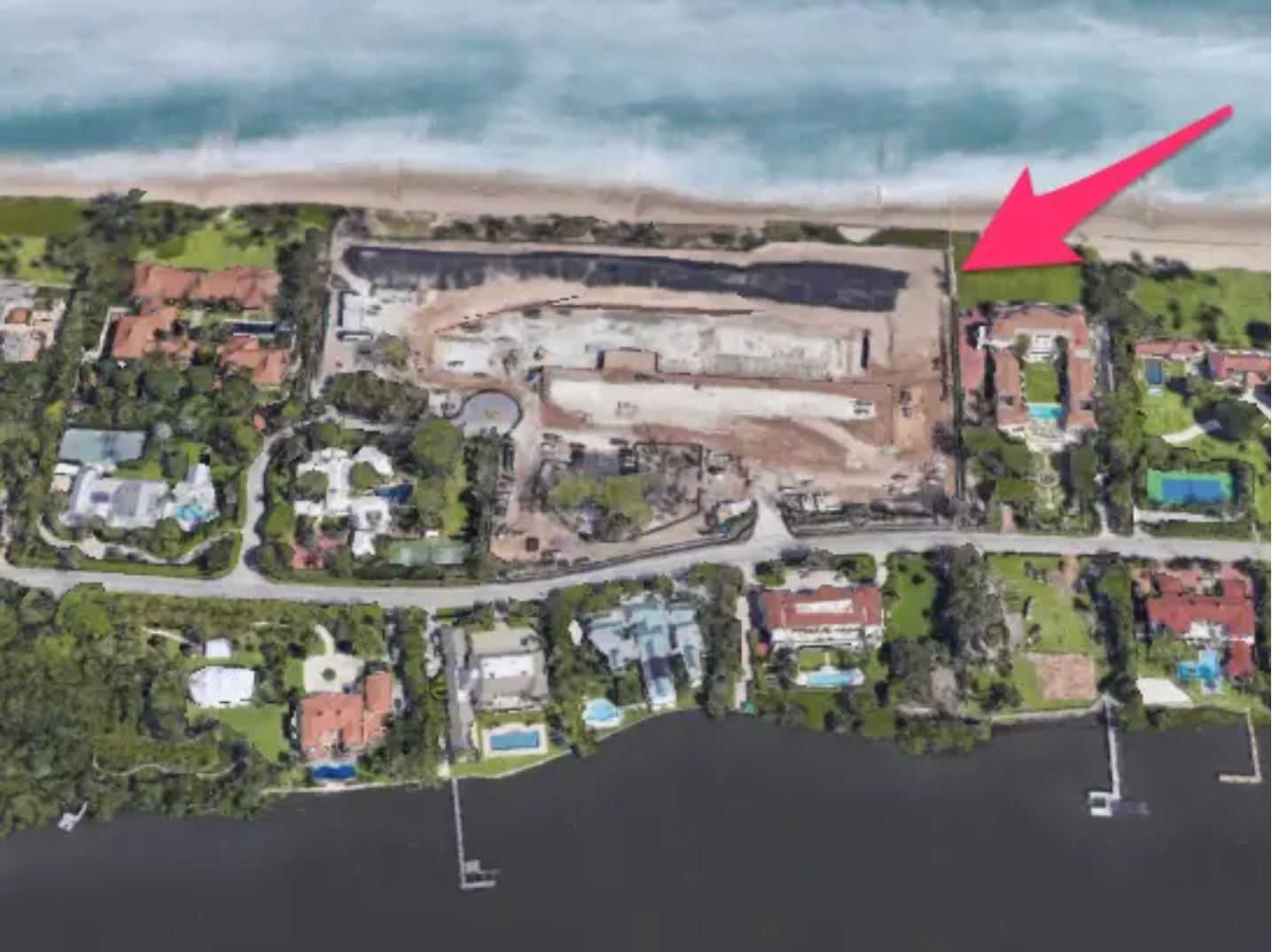 According to a report by The Real Deal, the buyer owns all the properties along that street. The report also states that many of the properties have been demolished. 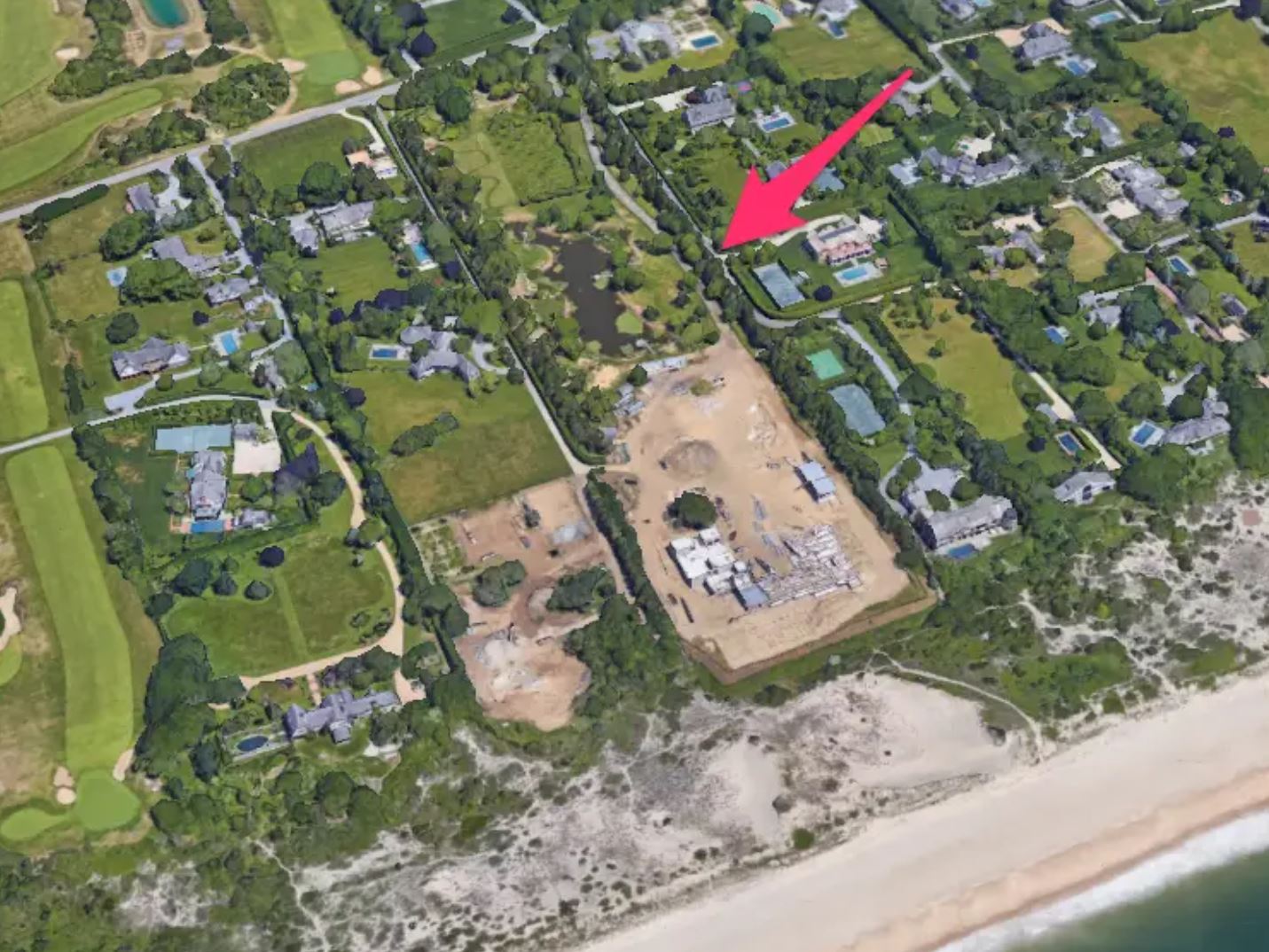 This 18-acre property, located at 60 Further Lanes, was the most expensive home ever sold in the US until 2019.

The sale price was first mistakenly reported as $147 million by several publications in 2014 (though either amount qualified it as the priciest real estate in the country at the time of the sale).

A 26-room mansion in the Bel Air neighborhood of Los Angeles sold for $150 million in December of 2019. 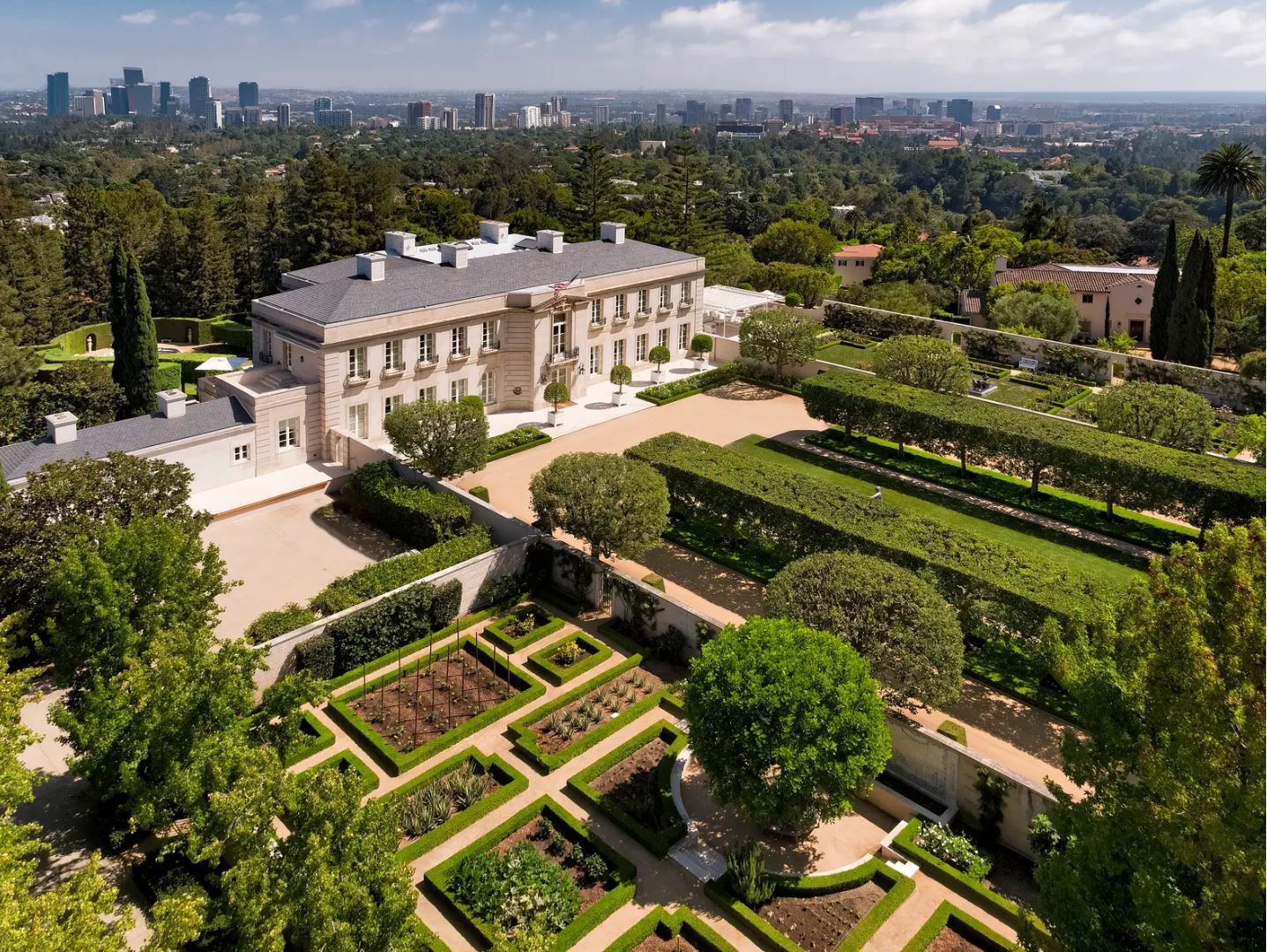 This massive estate, also known as the Chartwell Estate, spans more than 10 acres.  Made famous in the Beverly Hillbillies TV series.

The property originally hit the market for $350 million in 2017. It is currently the most expensive home ever sold in California and the second-priciest ever sold in the US. It has a 26-bedroom mansion and an underground tunnel 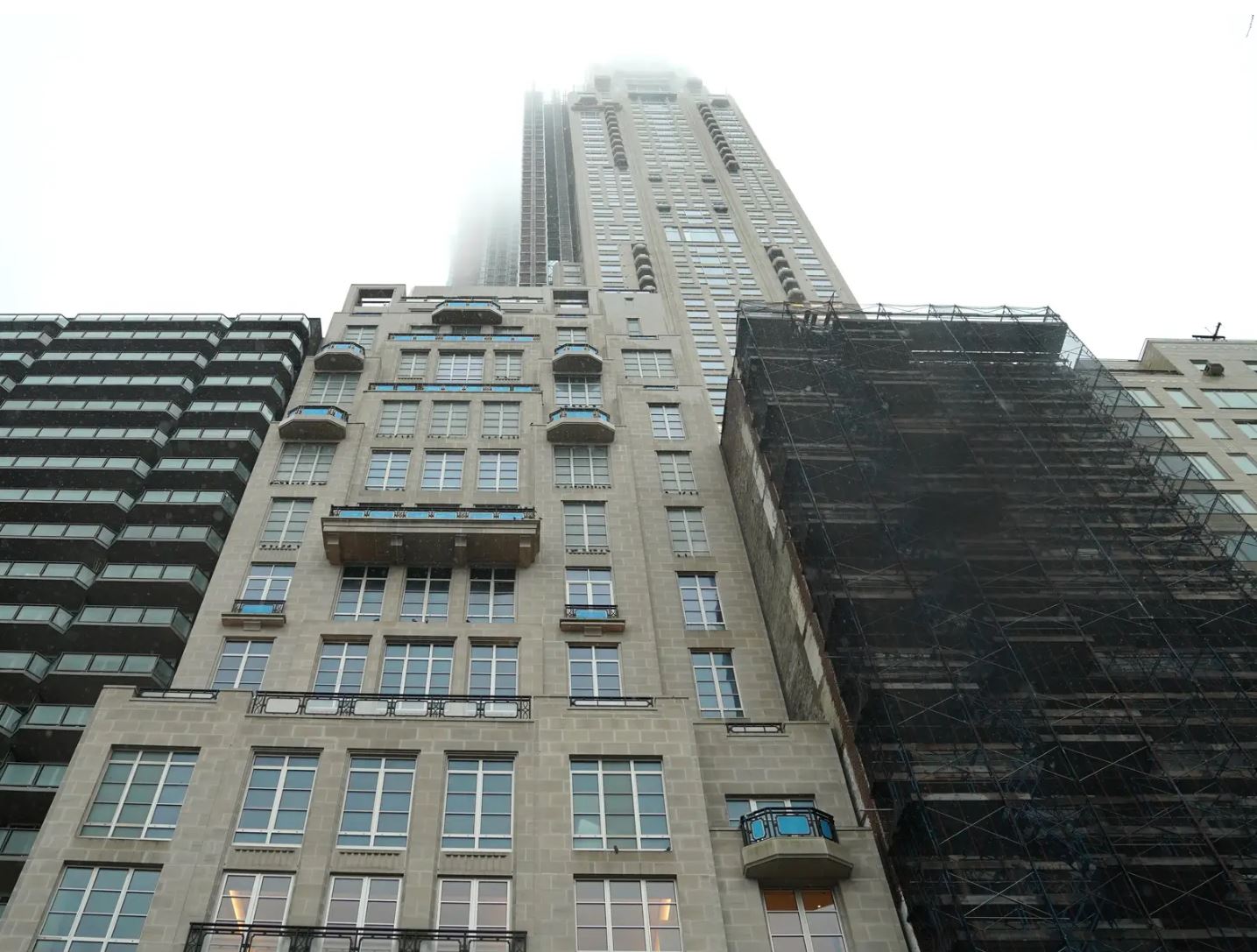 This New York City penthouse spans the 50th through the 53rd floor of 220 Central Park South. It currently holds the title as the most expensive home ever sold in the US.

This Naples home on a 5.5 acre Gulf front property at 2500 Gordon Dr, Naples FL 34102; was originally listed at $69 Million, a Lowcountry style home architecture which was one of the most distinctive elements of South Carolina and Georgia developed in the late 1700’s sold here in SWFL for a record breaking $48.8M in June 2018. 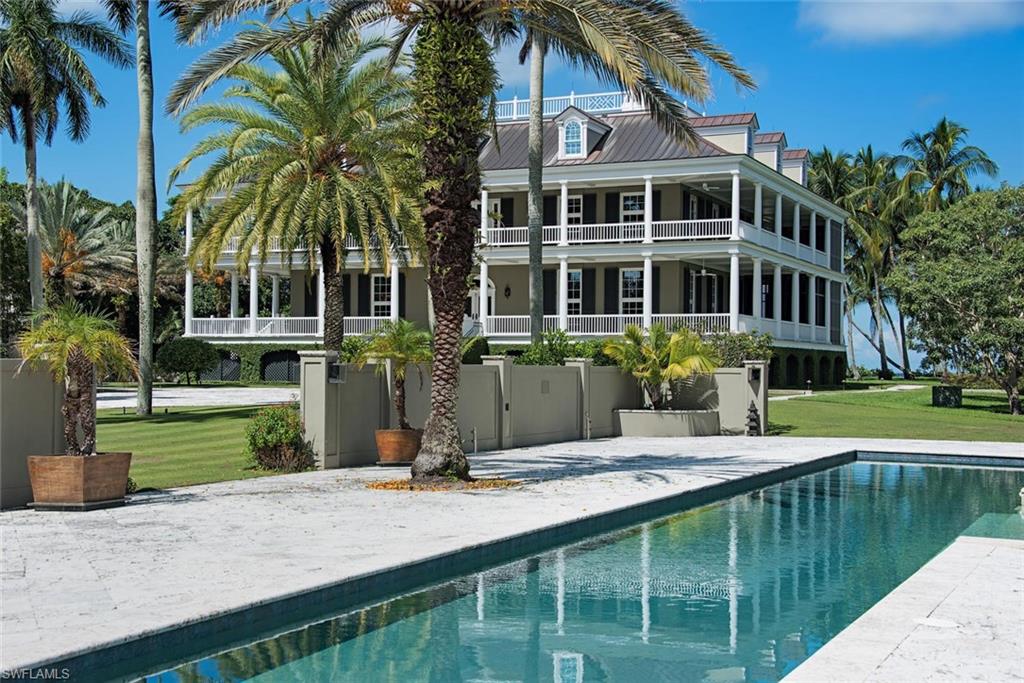 This style still considered today to be the most efficient design for hot subtropical climates and coastal areas. These designs are typically elevated with raised first floors, inviting porches to enjoy the outdoors in the shade, underfloor spaces with lattice for storage/ parking, hipped roofs, columns/pillars, widow’s walks, large windows and doors that allow a cooling breeze to flow through.

The finest team of craftsmen were assembled to create this building which welcomed Presidents, huge charity events, casual family gatherings and private events.

The property had an enchanting setting through ornate gates which opened to stands of palm trees, verdant lawns and privacy hedges surrounding the main home, with multiple guest facilities, pool, pool house, various garages and service buildings, and even your own ‘secret garden’.

If you have questions on any aspect of the Real Estate Market, Locally, Nationally or Internationally, please let us know, we can address / answer your questions, and we are always available to help.

Hope everyone had a wonderful Holiday Season so far, Here is our recent December Market update Report for Southwest Florida and beyond; Click Here.

We do not discriminate on price, we help homeowners and renters in all price ranges; Click Here for more information on the Hoey Team ☘ or visit HoeyTeam.Net anytime.

Barry is a CLHMS see here how we can help with higher end properties.

After mortgage forbearance, owners can pick up where they left off, but the return process can be complicated.  Both South and Central Fla. have a large number of these owners.FORT

May 7, 2021  The Joe Biden Administration's recent tax proposal includes a $500,000 limit on the amount of deferred gain from Section 1031 like-kind exchanges. If the proposal becomes part

Hello,First of all Kim and I hope that you and yours are doing good; wherever you are located ☘Hot off the press please find info from the just released February 2021 Market Report combined

From cabinets to appliances, green has emerged as a trending color in the kitchen.Remember those 1970s avocado-green appliances? They may not be looking so outdated nowadays. Variations of green are