The acquisition fulfills a longtime search for the Hoffmann Family ✨ 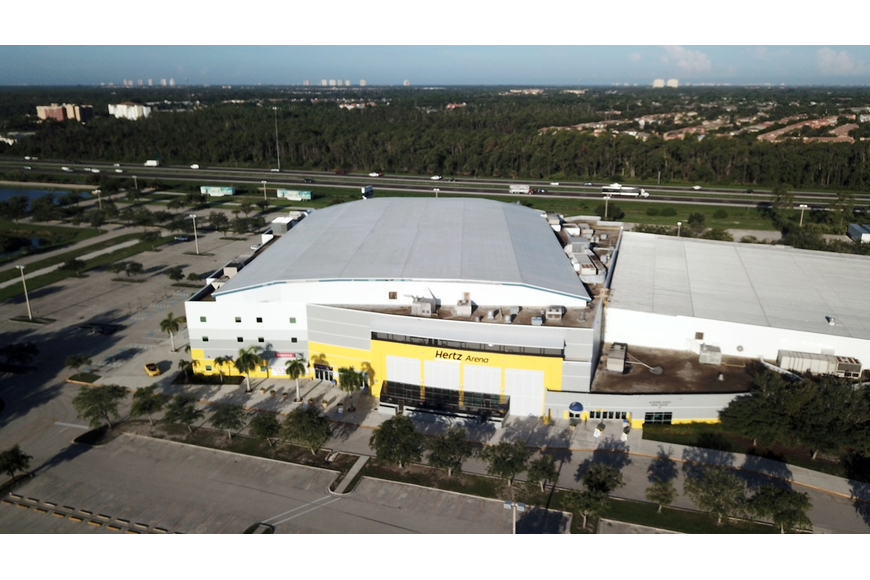 The acquisition fulfills a longtime search for the Hoffmann Family.

The Hoffmann Family of Companies, one of the largest commercial property owners in Southwest Florida, has added a unique asset to its portfolio: a minor league hockey team.

The family, in a deal announced Aug. 5, acquired the Florida Everblades, a minor league team based in Estero that’s affiliated with the Nashville Predators of the National Hockey League. The purchase also includes the home of the Everblades, Hertz Arena. (Hertz Arena was formerly Germain Arena, until the car-rental giant signed a naming rights deal in September 2018.)

“The team and the arena have been run well and provide much excitement for their loyal fan base for hockey as well as a myriad of special events,” David Hoffmann says in a statement. “We plan to bring more events and entertainment to Southwest Florida. We have had preliminary discussions with (Florida Gulf Coast University) sports promotion executives to host a nationally televised basketball tournament or major programs, and entertainment executives to bring more headlining musicians and events to the area. The response we have received makes us very optimistic.”

The Everblades purchase fulfills a longtime search for the Hoffmans to own a professional hockey or soccer franchise, the release states. They also own a minority stake in the Kane County Cougars Class A professional baseball team, outside Chicago.

Meanwhile, plans are underway for a complete renovation of the 8,284-seat, multi-purpose arena. Improvements will include enhanced skyboxes, food services and installation of a state-of-the-art scoreboard, the release states. The venue offers 25 suites, two additional ice rinks, a private club and a restaurant overlooking the arena seating bowl, Breakaway Sports Pub., the release states.

Peter Karmanos, founder of Compuware Corporation and prior majority owner of the NHL’s Carolina Hurricanes, previously owned the team and arena. “Simply put, without Peter Karmanos, there would be no Hertz Arena,” Everblades President and General Manager Craig Brush says in the statement. “I speak for everyone in the organization in wishing Pete continued success in all his business ventures and would like to thank him for all his support and guidance over the past 21 years.”

The Hoffmann family operates a dozen businesses in Naples and Southwest Florida that have more than 1,000 employees. The Hoffmanns also recently announced a partnership with Kelly and Aldo Musico and Paul Fleming to expand Tacos & Tequila Cantina restaurants nationally.