In more places, homeowners are carrying supersized mortgages. Outstanding mortgage balances rose nationwide for the seventh consecutive quarter and reached a new high of $9.5 trillion, according to first-quarter data from Experian.

“While mortgage debt numbers could be a cause for concern as buyers increasingly leverage their finances to purchase homes, other signs show they are more responsible with their mortgage debt than in years past,” Experian’s Matt Tatham notes in the report. Lower mortgage rates are making borrowing less expensive. Also, mortgage delinquency rates have steadily decreased since 2009, which means more borrowers are making on-time payments.

On average, the U.S. mortgage debt per borrower for the first quarter was $202,284, a 2.4% annual increase for 2019, Experian reports. The average sales price for new homes has risen 46% over the past decade. 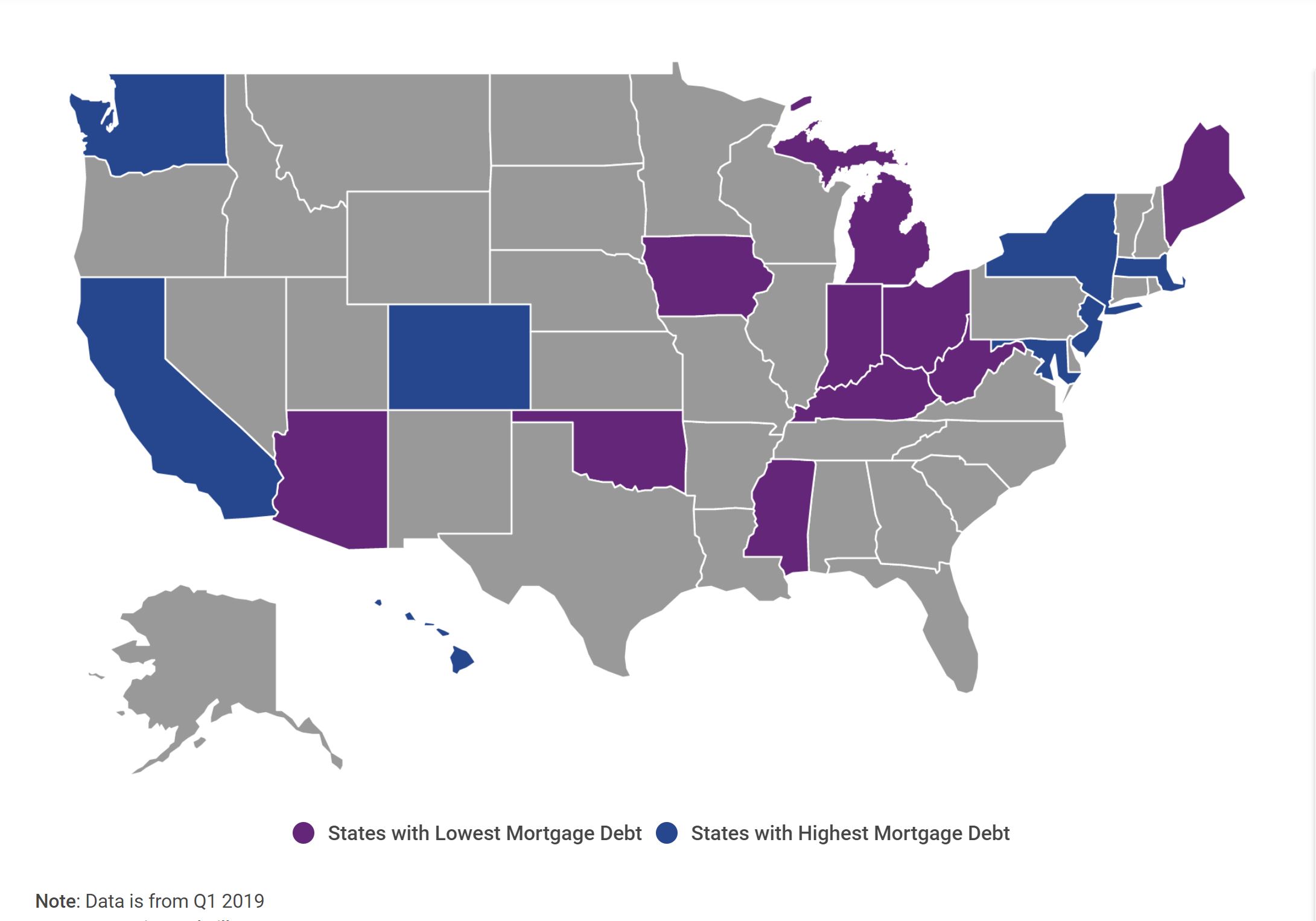 Mortgage debt in Louisiana has been rising faster than any other state over the past year, according to the study. The state posted a 4% increase in mortgage debt in the first quarter of this year. Texas, Utah, and Colorado followed, at 3.6% and both 3.2%, respectively.