Appraisals will no longer be required on certain home sales of $400,000 and under 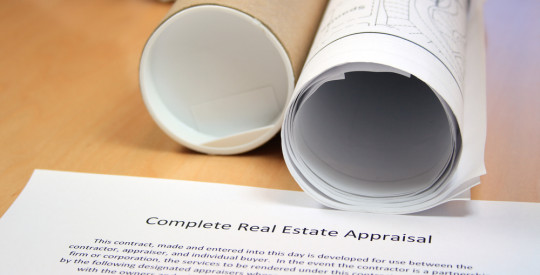 For the first time since 1994, certain home sales of $400,000 and under will soon not need an appraisal after federal regulators approved a proposal to increase the threshold at which residential home sales require an appraisal.

Last November, the Federal Deposit Insurance Corp., the Office of the Comptroller of the Currency, and the Board of Governors of the Federal Reserve released a proposal that would increase the appraisal requirement from $250,000 to $400,000, meaning that certain home sales of $400,000 and below would no longer require an appraisal.

The agencies deliberated the rule for nearly a year, taking into consideration the more than 560 comments the agencies received about the rule change.

Last month, the FDIC and OCC signed off on the rule, but were still waiting on the Fed to approve the rule change as well.

Now, the Fed has also given the rule change its stamp of approval, and with all three agencies signing off, the appraisal rule change will soon go into effect.

“The appraisal threshold was last changed in 1994,” the federal agencies said in a joint statement. “Given price appreciation in residential real estate transactions since that time, the change will provide burden relief without posing a threat to the safety and soundness of financial institutions.”

A spokesperson for the FDIC told HousingWire that the rule has been submitted to the Federal Register, adding that the publication of the rule should take place within a matter of days.

Consequently, it’s likely just a few days (if not less) until certain home sales of $400,000 and below no longer require an appraisal.

Now, it’s important to note that the new rules do not apply to loans wholly or partially insured or guaranteed by, or eligible for sale to, a government agency or government-sponsored agency.

That means that loans sold to or guaranteed by the Federal Housing Administration, Department of Housing and Urban Development, Department of Veterans Affairs, Fannie Mae, or Freddie Mac would still require an appraisal, per each agency’s rules.

It’s also important to note that the rule does not entirely exempt the relevant home sales from any type of appraisal-type action. According to the agencies, the final rule “requires institutions to obtain an evaluation to provide an estimate of the market value of real estate collateral.”

The agencies state that the evaluation must be “consistent with safe and sound banking practices.” To that point, the rule establishes that an evaluation “should contain sufficient information and analysis to support the regulated institution’s decision to engage in the transaction.”

According to the agencies, many of the comments they received suggested that evaluations are “appropriate substitutes for appraisals and institutions as having appropriate risk management controls in place to manage the proposed threshold change responsibly.”

Beyond that, the final rule lays out a series of stipulations for the replacement of an appraisal with an evaluation.

As is the case currently for transactions under the threshold exemptions, evaluations will be required for transactions exempted by the new threshold that do not receive appraisals. Although the agencies recognize, as many commenters noted, that evaluations are not subject to the same uniform standards as appraisals in terms of structure and content or the preparer’s training and credentialing requirements, evaluations must be consistent with safe and sound banking practices. The agencies have provided the Evaluation Guidance to assist institutions in complying with this requirement. The Evaluation Guidance provides information to help ensure that evaluations provide a credible estimate of the market value of the property pledged as collateral for the loan.

For instance, the Evaluation Guidance states that, generally, evaluations should be performed by persons who are competent, independent of the transaction, and have the relevant experience and knowledge of the market, location, and type of real property being valued.

On evaluations, the agencies state: “Evaluations are generally less burdensome than appraisals and have been required since the 1990s.”

Without a doubt, the change will have a sizable impact on the real estate market, as according to the OCC, the new rules apply to approximately 40% of home sales.

According to data provided by the FDIC, the agencies estimate that increasing the appraisal threshold from $250,000 to $400,000 would have exempted an additional 214,000 residential mortgages from the agencies’ appraisal requirement in 2017, representing 3% of total HMDA originations.

On a percentage basis, under the current rules, in 2017, there were 750,000 transactions that were exempted from the appraisal requirement (56%).

By increasing the threshold to $400,000, there would have been an additional 214,000 sales exempted from the appraisal requirement (an additional 16%).

Therefore, under the proposed rules, 72% of the eligible transactions would be exempted from the appraisal requirement, while 28% would require an appraisal.

According to the agency, the rule responds, in part, to comments that the previous exemption level for residential transactions had not kept pace with price appreciation in the residential real estate market.

According to the FDIC, those commenting in support of the rule stated that an increase would be appropriate given the increases in real estate values since the current threshold was established in 1994. Other commenters stated that the increase would provide “burden relief for financial institutions without sacrificing safe and sound banking practices.”

On the other hand, commenters opposed to the rule change stated that the proposal would “elevate risks to borrowers, financial institutions, the financial system, and taxpayers.”

According to the final rule, many commenters opposed to an increase in the threshold argued on behalf of appraisers, stating that appraisers are “the only objective and unbiased party in a transaction and bring checks, balances, and oversight to the mortgage lending process.”

Other commenters noted that the rule could have an outsized impact on certain consumer groups, such as low-income individuals, members of certain minority groups, or first-time homebuyers, because those borrowers are more likely buy homes in the lower price range, and would, therefore, be more likely to buy a home without an appraisal.

Despite those comments, the agencies all approved the rule, which also received support from the Consumer Financial Protection Bureau.

“The Bureau agrees with the assessments of the Banking Agencies detailed above. Accordingly, and in light of the Threshold’s likely cost savings for consumers as a whole; existing consumer protections, including those for certain at-risk consumers; and the current market practices of often using appraisals rather than evaluations even in cases where appraisals are not required under the Banking Agencies’ appraisal regulations, the Bureau has determined that the Threshold would not be likely to expose consumers to an unreasonable risk of harm, and the Bureau concurs that the Threshold provides reasonable protection for consumers who purchase 1-4 unit single-family residences,” CFPB Director Kathleen Kraninger said in a letter to the other agencies.